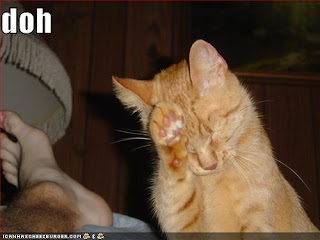 --*Warning - This post may contain sarcasm*--
Earlier this week one of my colleagues commited a heinous crime of branding, but one (sadly)encouraged by the very brand they were trying to help.
By trying to show their support for the product in question, they accidently blew a vortex of confusion through a decade long multi million pound campaign. I don't think they meant any harm, but the ramications of their actions could be felt for decades to come.
It's such a terrible turn of events that I feel i shouldn't even really tell you. But in the interests of marketing I must...

She 'Liked' Marmite.
She 'Liked' Marmite...
You can't LIKE Marmite, heavens to Betsy. No-one LIKES Marmite, we either love it or hate it. That's what the ad says, that what the strategy says, that what people actually did even before the strategy came to light.
It all worked dammit, and now with these attempts at bringing FMCG products into the social space; they have destroyed 10 years worth of creative branding and recognition. Following her move, over 500,000 people have Liked it too... half a million people slowly destroying one of the great strategic and creative pieces of our time. The horror.
It's such a terrible terrible waste. I can't stand seeing campaigns suffer in this way, it just isn't fair. We shouldn't have to put up with such contradictions and puzzles.
Someone will be telling me Carlsberg make shit beer next...

Image from http://icanhascheezburger.com/, but you already knew that.
Ranted by Rob Mortimer (aka Famous Rob)

First of all, I love the disclaimer, Kind of sad that we need to include warnings like this. Second... Post was amazing!

Thanks!
Always have to be wary of the one person who takes everything literally!