This whole debate over whether Twitter is worth $357trillionbillion is totally missing the point. Every company valuation is based upon branding, customers, profitability etc etc. Sure this one might be too high, but so are countless others even after years of results to clarify them.

If brand value is included then right now Twitter is hotter than most things; and that probably counts for one hell of a lot in an uncertain year.

Sure they haven't got the service profitable or the funding model right yet, but let's not forget Amazon and so many other Dotcom boom era launches took years to get close to profit... and now they are rolling in it. Pick a bank and tell me it's pre-crash value was realistic despite years of profits data to back it up.

All business valuations are educated guesses, we can argue about them til we fall asleep but we shouldn't put too much faith in any of them.
Ranted by Rob Mortimer (aka Famous Rob) 1 comment:

Spice and Easy Does It 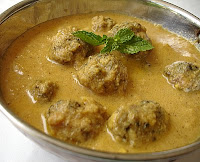 Having cringed at the complete lack of authenticity in the recent Uncle Ben's Indian sauce ads it makes me happy to see that this type of product can be advertised in a way that isn't full of stereotype and cliche.
The new Patak's ad is charming and feels genuinely like the Indian culture has been absorbed into it rather than being played back through western eyes.
I was worried the ad would feel like another FMCG brand trying to do a Hovis, but actually the whole idea feels like a natural thing for the brand to be saying.
'Why Britain Loves Curry' is also a bold and smart line, which suggests some good thinking and research behind it.
Of course the ad is selling taste and authenticity, but unlike most of its competitors it does so without falling into parody or irritation.
Question though... Chicken or Lamb?
Pataks Curry Saucesvia Campaign
Ranted by Rob Mortimer (aka Famous Rob) 3 comments:

"Did you know that disco record sales were up 400% for the year ending 1976? If these trends continues... AAY!"
Ranted by Rob Mortimer (aka Famous Rob) No comments:

Email ThisBlogThis!Share to TwitterShare to FacebookShare to Pinterest
Labels: statistics

As I regularly get critical about some of the hard sell bluntness that M+C Saatchi do for DSG, I feel it is only fair to applaud them for doing something that while not perfect, is a damn good step on a new route.
The new ads for Dixons.co.uk appearing on the London Underground are very nice indeed. Keeping the Saatchi bluntness, but adding some humour and a nicely brave endline which suggests some clever planning input.
The Last Place You Want to Go
Ask most retailers and they will tell you that this is what people regularly do now. They look in store and buy cheaper online. How no retailer has stepped into this territory yet is odd, but that DSG of all people have taken that bold move is surprising and brilliant; great management on their part. A bright powerful yet witty line that is perfect for a big brand online retailer.
The writing is fantastic flattering farce. The right side of insulting yet clear in its mockery.
The set of 3 aren't perfect, there isn't really a clear benefit; and it does imply you are missing out on some service elements. But I think the overall ad is too strong to be spoiled by that.

At last! Both the One Show and D&ad awards have announced that they will take action against scam ads that were not produced to a brief and requested by the client. Brilliantly, D&ad will make ECD's vouch for each ad submitted, and will name and shame those who break the rules.

It's great to know that only real ads will be included after the numerous debacles over the last few years. Admittedly there is still space for fractional media budgeted pieces, but 1 problem is better than 2!
I'm all in favour of showing off the best creative we can make, but recently it's been like drugged up athletes winning medals; it's an unfair advantage that should never be merited. That said, I am in favour of creating a specific award for un-sanctioned ads, a space for us to push the boundaries without cheating.
Ranted by Rob Mortimer (aka Famous Rob) No comments:

Email ThisBlogThis!Share to TwitterShare to FacebookShare to Pinterest
Labels: smug

I've noticed that the slightly nifty 'clean ads' on pavements have started to get a little irritating. My 10 minutes walk from bus stop to office is now met by at least four of the things, and they are starting to lose their novelty somewhat.

Of course we need to find new and interesting ways to get our brand messages out there, but we have to remember that simply shoving logos and straplines at people wherever they look is likely to do more harm than good.

If we fill every little gap we find full of ads and brand messages, can we really be surprised when people stop paying attention to what we say?
Ranted by Rob Mortimer (aka Famous Rob) 1 comment:

Twitter now open to advertising... this could get interesting, or boring, very very boring.

A nice thought on why big tv ads are still relevant in the age of digital and social communication from James at 77pr.

The role for the 90sec ad
Ranted by Rob Mortimer (aka Famous Rob) No comments:

Well the new BA ad is out, and despite not being impressed by the last one I felt quite excited at seeing how they would redeem themselves.

Well what has apparently taken place is some kind of melting pot mix with an HSBC ad. Except it doesn't quite have the local charm of most HSBC ads, and it didn't really feel like it sold me the airline at all. It made me want a Mango Lassi* sure, but that was about it.

Shame really, there is a nice message and feeling mixed up here. It needs to be less HSBC and more BA next time though.

So a fake WWF ad by DDB Brazil win an award, no surprise there.

Adland awards are (it appears) so blighted by scam they need to start taking action, you cannot expect unapproved, unguided creativity to be judged on the same level as something that has gone through a client and a real process.

All unpublished ads should say so or be banned. Those which ran once on a bus stop in Luxembourg, and once on an obscured poster site in Malta should say so, and not be accepted as a "pan European campaign"

The annoying thing is, despite the unrewarding video here; the message that one incident of nature killed more than 100 9/11 disasters is pretty powerful.

Why you shouldn't mess with copywriters

To the bloke who stole my mountain bike:

Well done mate. You should be really proud of yourself. No really. The opportunity was there, and you took it. Most common criminals would have done the same in your shoes. Well, I suppose I did make it easy for you didn’t I? Silly me, I didn’t lock it up. If it were a decent bike, I’d have locked it. But it’s a shit bike.

In fact, it’s a bit of a death trap. It had a tendency to lock up as I was going at speed down XXXXX Road. Take it from me, that’s not a good thing to happen just as the number 250 is overtaking you. And when you change gears using the left throttle, the chain comes off, and it usually takes about half an hour to put it back on again. Oh, and the front and rear disk brakes constantly rub against the wheels too, which is ok, until you’re cycling up a hill. Still, it was good exercise for my calf muscles while it lasted.

But you’re not bothered about all this are you? You’ve probably sold it already. What did you get? Thirty quid? Forty five? Fair play to you if you got more than that. I only paid sixty quid for it second hand last year, and I thought I was being robbed then.

Anyway, what did you spend all that money on I wonder? Did you treat your fat mess of a girlfriend to a posh meal at Nandos in the XXXXX centre? Did you get some new trainers, and a nice t-shirt from Primark? I bet you even steal stuff from there don’t you. I’m amazed, to be honest, that you can afford to rent an apartment in this place. I bet you are too. Here you are, surrounded by lovely, hard working, normal people, some of them with nice cars (you’ve not moved on to car theft yet have you, maybe you’ll try that when you’re a little bit older). I bet you can’t believe your luck.

Because at the end of the day, you’re just a little common thief with a shitty little job, and friends you can count on one hand. You are vermin aren’t you?

I bet your own family don’t like you do they? I guess they knew what a pathetic little arse wipe you were the day you first stole money out of your mum’s purse. She worked hard for that money aswell, round the back of the garages on XXXXXXX Road. Well, mate, that’s none of my business really, and I’m sorry if I’ve offended you. Anyway, I’ve got a surprise for you. I don’t know what you look like, yet.

But guess what? My mate (who works for XXXXXXXXXXX police) is sifting through cctv footage from around this area (from Friday14th – Sunday 16th August), and when he finds you, peddling happily away on my shit bike, I’m going to come and find you.

Not because I’m that arsed about my bike being nicked. Unlike you, I can easily afford another one. No, I’m going to find you, and make you cry like a little girl. Because this country is shit enough, what with Kerry Katona and the reccession, without little piss ants like you thieving on your own doorstep. And when I find you, I’m going to do me, and all the other decent, law abiding citizens in these flats and this country a favour by teaching you right from wrong. It won’t take long, trust me. So, take care won’t you, mate.