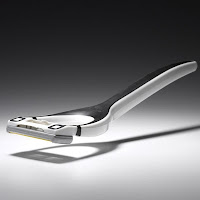 Long time readers will know I quite often post about shaving; as it's a subject that is close to my chin, and also the marketing work tends to be pretty poor (on average).
I thought it might be worth posting about the arguments going on today about King of Shaves' new online video. Brand Republic is host to some vivid discussion about it, and the overall consesus is not good. an opinion I share.
However, the brand has been doing something positive; and that is responding and engaging in a negative debate rather than hiding away. Whether it is actually Will King or some other employee I don't know, but it is a positive move; and much more like the brand I would like to see King of Shaves be than the Loadedesque chaufeminism of the video.
They went onto Brand Republic and replied and tackled comments of sexism, and then when I talked about it on twitter they got in touch, discussed the issues I had, and then offered me a free trial of the product. We agreed to disagree but they listened, responded and made a point of noting my comments. I still think it was a shit ad, but if this is an indication of the way they treat customers and handle social commentary; they have the potential of a brand that could start to do much much better.
Ranted by Rob Mortimer (aka Famous Rob) No comments: 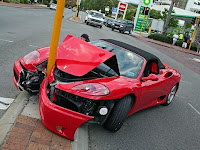 Oh dear Ferrari. I think you should know that in doing what you just did, you not only severely damaged the image and reputation of Scuderia Ferrari F1; but you also dented the shiny bodywork of the master brand.
I've watched Formula1 every year since I can remember, from the days of Nigel Mansell and Ayton Senna through the dull years of Ferrari-Schumacher dominance to the exciting open season we have now. Yet I struggle to think of an incident that has made me feel so down on a competing brand. (They told Massa to let Alonso overtake him and win the race despite Massa overtaking him and holding the lead for 3/4 of the race)
Even last year when Renault were found guilty of cheating, it was clear that a few people took the decisions and they were punished accordingly. Even when Ferrari did the same thing to Rubens Barrichello in 2002, that wasn't as bad (it was still legal to do it for a start).
The difference here is that we know it isn't allowed anymore. We know that it may go on across the pit lane but it shouldn't. To see the biggest name in F1 so blatantly and coldly breaking the rules was just mind numbingly angering for fans.
Yes you want to win the championships, but the whole point of winning is to boost the brand; if you do it by cheating and damaging the brand, then what is the point?
Given this came a year to the day that Felipe Massa was nearly killed in his Ferrari, after which he made a brave and hard fought effort to get back into racing and work for the team; to deny him that symbolic first recovery victory was heartless. For a brand that is so much about soul and passion to be so cold and cruel in this way is staggering.
Ferrari need to learn a lesson quickly. To do this again would be to strike a huge huge blow against the master brand. I got through the boredom and arrogance of the Schumacher years, but this has really hurt the way I look at Ferrari and their cars.
Pic from www.moonbattery.com
Ranted by Rob Mortimer (aka Famous Rob) No comments:

The Adam and Jane series of ads for BT have been an unusual one. They have always felt a little cliched, an attempt to shoehorn modern day lives into the Gold Blend formula of the 80s. Yet thanks to the writing and casting they have always come across with a warmth that makes them work. (They wouldn't have ran this long if they weren't connecting right!)

Always a great case study for the unspectacular, I also enjoy seeing a creative idea being allowed to develop and grow like this. They won't win any Gold Lions but the audience has time to become attached to the idea and the characters.

With the campaign coming to a close, the public have been roped in to vote for what they want to happen at the end. A pointless excercise in many respects, as I can hardly see "They all get run over by a Virgin Media lorry" winning, it will of course be happy schmaltzy ending or faux-meaningful seperation. But maybe that's okay, when a campaign has connected with people in this way; it's better to end on a cliche than leave everyone wondering 'what the hell just happened?!' - See Renault Clio and Nicole).

It will be interesting to see how many people vote and what comes out as the winning choice, but I won't expect a surprise.


Oh and My Family is still shite.
Ranted by Rob Mortimer (aka Famous Rob) 1 comment: 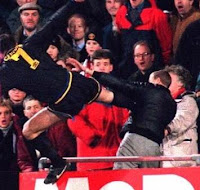 I moved to Manchester about 18 months ago, and realised pretty quickly I needed to pick a side: Red or Blue.

I chose red (I didn't want to follow the new Chelsea, I prefer Stone Roses to Oasis, I like the club's history and positive style), though I wouldn't claim to be a true fan like the guy sat on the next desk.

However even when I lived down south (where the percentage of Utd fans was higher...) I knew that the best thing about United in recent times was Eric Cantona. A legend of the Premier League, and the kind of player that everyone can appreciate.

To some extent the execution doesn't matter, it's Cantona, the definition of personality branding. Just seeing him talking about Premier League and HD makes me want to buy an HDTV and sit there watching Stoke vs Everton.

I think there is a lesson here. Most of the time you can't rely on celebrities and their personalities to sell and make your brand look good without a solid idea behind it. Just occasionally though, you can. (See also Thierry Henry and Renault).
Ranted by Rob Mortimer (aka Famous Rob) No comments:

I'll make no bones about it, the Old Spice video work online over the past day or two has been nothing short of staggering. The kind of quick, witty dialogue that defines the very best of what we can do as agencies online. The very definition of viral content. Well done W+K.
I do worry though that some agencies will take the wrong message from it; and start trying to imitate the style or end up bombarding people with bad content.

Here's my view on what Old Spice did right:
1. Get the tone of voice perfected, then perfect it some more
2. Be personal. Talk to individuals as well as the mass audience
3. Have a client with creative understanding that is prepared to let the agency develop 1+2
4. Have a damn good creative idea in the first place
5. If you get lots of contacts, make lots of replies
6. Go where people are, don't force them to come to you
7. Don't over complicate
8. Don't outstay your welcome
Ranted by Rob Mortimer (aka Famous Rob) No comments:

Just realised I didn't include my email address on the page for this.
If you had a go at it please email me at rob@ this website ad-pit.co.uk

I'll keep accepting entries (presuming there are more than one of you!) til the end of Wednesday given the lack of email!
Ranted by Rob Mortimer (aka Famous Rob) No comments:

Email ThisBlogThis!Share to TwitterShare to FacebookShare to Pinterest
Labels: apsotw

Hello folks, my lovely wife is doing the Cancer Research Race for Life this weekend and is looking for sponsors.

It's a 5km run and she is doing it in memory of our friend Russ who sadly died from cancer in January aged just 27.

If you would like to sponsor her for this great cause please visit her Race for Life page here.

Thanks those of you who have sponsored her already :)

Email ThisBlogThis!Share to TwitterShare to FacebookShare to Pinterest
Labels: charity, race for life

Good Day to You Sir 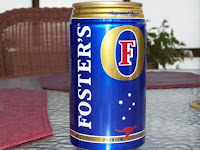 I was worried that the new ad for Fosters by Adam and Eve would be yet another retread over the worn Australian cliche's, surviving on stereotype alone. Not that Fosters have been overly guilty of it, but in general Aussie stereotypes are one dimensional and obvious.
Happily this ad is a nicely written piece of work with a warmth you might not expect from Fosters. It's still funny though, and shows a nicer positive side to Australian thinking, rather than the old XXXX style negativity/selfishness.
As for the tagline and idea I'm not totally sure, using a well known phrase in that way offers a lot of potential for the brand but maybe risks getting old fast. The execution links well though, the idea of calling in some Aussie positivity feels really nice and spot on for the brand.
Watch the new Fosters ad at Campaign here.
.
.
Ranted by Rob Mortimer (aka Famous Rob) 3 comments: