Son of a Pitch

As we roll into 2012, it's that time when everybody starts to think about the future, about the things that need to change. I think we can all agree that our industry has major issues at the moment, and here is one bit of thought on what we do going forward..:

For decades now advertising has worked on the pitch system, where the vast majority of projects are won by doing the majority of strategic and creative work upfront.

I'm starting to think that this system is (in this economic climate) completely broken, and that it is not only damaging agencies but clients too.

In the crazy old days, agencies were making gigantic profits, and a pitch system that ensured you had great ideas before being thrown piles of money was completely logical. Why risk paying huge sums of money on unproven creative risk takers?

Except now there are very few creative risk takers, the industry has been made more business-like, more efficient and more money focused than ever before. There are very few reasonable or bigger sized agencies that will give you rubbish unless you brief them badly.

Perhaps more importantly, agency profit margins have dropped (especially outside London) massively from those days. I would take a large bet that almost every agency in the UK has at least one account that runs at a loss. Yet we are being forced to keep spending on pitches that have no compensation whatsoever. Not only that but pitches have no guarantee of any actual work; you could spend £30k on winning a £25m account only for them to pull the plug with no warning and no compensation, and you have no comeback whatsoever.

You also have the problem of clients using pitches as a cost-cutting tool, holding a pitch each year to drive agency margins down. How can you expect work that cuts through and drives sales if you don't give us the time or money to develop it fully?

Agencies used to have it too easy, but the weight has shifted too far the other way.

Instead of agencies working with time to think and properly plan out the right way forward; they are being asked to generate an entire strategy and campaign in an increasingly short space of time. Even though you develop the campaign, the cornerstone is being set way too early. This means agencies don't get to produce their best work, and clients don't get the most for their money.

We all want to make great work that makes the client a shedload of money, but in many cases the current system holds us all back.

Maybe in 2012 it's time for the IPA to consider if there is a better way, and if not how can we at least make the pitch system fairer for all agencies and clients; in order that we can produce the clever, effective work we all want to.
Ranted by Rob Mortimer (aka Famous Rob) 3 comments:

Ad Pit Review of the Year

Runners up:
Yeo Valley  - Boyband - Nicely shot, well placed ads that have made people take notice of the brand.

Canal+ - Bear director - Great work from a campaign that keeps on delivering.

Winner:
John Lewis Xmas - A xmas ad is the best ad of the year, remarkable. This ad takes everything the brand is good ad, a huge chunk of audience understanding and combines it with some excellent production and creative work. Truly brilliant.

Runners Up:
Confused.com - Dear god this is bad on every level.

Colmans - Moo - I can see how it might have sounded like a funny idea. In execution though it is just cringeworthy.

'Winner':
Go Compare - What else would you expect? Another year of advertising that makes the lowest common denominator look like it's ten miles upwards. The only bright spot was the 'silent movie' ad which showed by being the most recalled ad in the series that the song is its' weakest point.

Dreams - A sweet ad that made this DFSesque retailer seem a little bit John Lewis for a while. The hard sell returned, but the whole campaign was a good step forward.


Biggest Use of Budget to Hide Apparent Lack of Idea:

Muller - This ad gets away with much by being likable and engaging to its target audience, but there is still no escaping the fact that the whole ad appears to be a gigantic process of chucking budget at a script without there being much thought behind it. It's not pure entertainment, and it's not really an ad... If there is a good idea somewhere in there, Muller really need to focus on it next time instead of producing the advertising equivalent of the Expendables.

NZ Drink Driving - Legend - A smart turnaround of the old drink driving issue. A witty ad that actually manages to talk to young adults without patronising or lecturing them. Great work.

Being Christmas time, I look out for all the new ads of festivity and jolility (it's a word dammit)... but this year I noticed more then ever what I actually got wasa sea of perfume and aftershave ads. Some better than others, but mostly hideous... Here is a roundup according to my tastes at least...

Ralph Lauren Fragrance Collection - I think probably hits the target audience right, but personally I see this and think 'I would never in my life want to be associated with those people'.


Prada - An ad so annoying that I ended up shouting at the screen to just show me the bottle and end this madness. It's so obviously a perfume ad. It has only minor style, no class, no edge (it's attempts at edge look comically bad), and just cheapens the brand.

CK One Shock - Now this is better. It's still random enough to feel like a perfume ad, but it at least has a sense of style and personality that matches the product. Contemporary and edgy compared to most of the others.

DKNY Be Delicious - Looks nice, fantastic product design... but is anyone really going to stay interested in the overly exagerrated fawning til the end?

David Beckham - What do you need to know. It shows Beckham in a vaguely stylish way then says 'a perfume by David Beckham - winner of 'Chemical engineer of the year 2004.'

Lancome - This looks great and at least tries to DO something with the big budget star (Emma Watson). Must have cost a fortune to make, and will it sell a lot more perfume?

I just don't get it. This is a category with often gigantic production values, the kind that most brands would kill for. Seriously, a brand manager is on his round with a machete as I type this. Yet the end result is typically tacky, crass, and somehow doesn't seem to either look good or add any desirability to the product whatsoever.

Surely if you are selling premium fragrances with brands linked to style and in some cases very high end fashion, you should be producing work that doesn't feel exactly like the competitors.

I know it's hard to put an idea in a perfume ad, so you end up with ridiculous statements about masculinity or femininity; but the people making these clearly have talent, so why not use it?

The winner here is clearly CK Shock. An ad that stands out, doesn't feel as much like a perfume ad, and has a bit of an idea that fits with the product.
Ranted by Rob Mortimer (aka Famous Rob) 1 comment:

Holding Back the Ideas 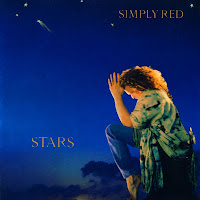 One thing that I find very frustrating about working in adland is how ideas are routinely ignored or discounted, and yet crop up later on; or how agencies are burdened with restrictions that lower the standard of their work (despite vigorous argument against), when follow up agencies are given free reign.
I've seen this recently. [Obviously I am not going to say who for.]

A client for whom I recall discussion stating that we 'have to do X' and 'Cannot do Y', no matter how much we gave convincing arguments and details they said there was nothing they can do.

Suddenly their new agency work comes out... no sign of X, lots of Y.

Well hang on just a minute...

It's less about the individual frustration of one piece of work, more that it makes it look as if we weren't even trying. "Why didn't we think of that?" ... Well we did. We argued and created and debated, we had even better work but it was never allowed to see the light of day. I feel bad for the creatives, planners and account people who worked damn hard to come up with great ideas, even harder to create something from within the stifling restrictions... only then to see an agency given a much better creative opportunity.

Now either they had incredible account handlers (that they would better than these particular ones I doubt though)... or the client changed their mind. Either way it’s disappointing to see your hard work go to waste.
This has emphasised a point I always strive to remember, work isn't always bad because the agency is bad. New work isn't always better because the new agency is better. Creative work is NOT made from a level playing field, even sometimes with the same client.