This new ad from Audi is excellent. It feels like a Honda ad, and there is not much higher praise than that.


Of all the Old Spice style ads appearing, I think one of the best is the TheExpert from Loreal. Funny and devoid of the product fawning the ladies' make up ads have.

Just seen a lovely idea from Dulux and Unicef (via Ben Terrett).
You can pick a colour and name it by making a donation to Unicef.

It gets across the brand values of Dulux, but in an interesting and positive way that people are bound to want to share.

http://www.ownacolour.com
Ranted by Rob Mortimer (aka Famous Rob) No comments:

After jumping the shark with their last work, T-mobile have gone away and come back with something much much better.

They have kept the idea of sharing, kept the nice strategy of moments that you wish to share, but moved on the creative to produce something new.

It's a little Trigger happy esque, but that is no bad thing. Instead of being all out cheesey it builds and twists, creating a genuine moment of warmth and a real feeling of something you would share.

Some brave and comical actors crossed with a sketch from Beadle's About, and you have something that is funny, charming, and makes T-Mobile feel like a brand that understands Britain and the people within it.

A perfect way to take a campaign that was starting to date quickly and bringing it back onside.

Boom. Welcome to Campaign Pick of the Week*

It's a Funny Old Agency Life

The latest post from the Ad Contrarian about success and reacting to post-success dips got me thinking about much like football management working with bad clients can be. 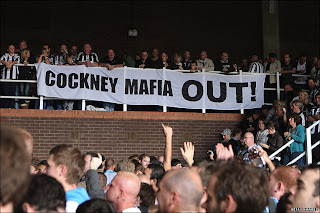 Take Roman Abramovich. He has hired and fired 5 managers in about 7 years trying to achieve his aim of winning the Champions League. Yet I have no doubt whatsoever that had he kept manager number 2 (Jose Mourinho) he would have won it at least once by now.

Does that sound familiar? An agency doing good work and heading in the right direction, only to be fired or chucked into a re-pitch for no good reason? A new marketing director taking over and wanting to stamp their authority? Either way the work gets changed, the ideas diverted, the strategy altered and instead of building up a long term result they get stuck with short term spikes and no loyalty.

Mind you. At least there is a reason for those sackings. You could be like poor Chris Hughton, doing an excellent job in difficult circumstances and let go on a whim by the shambling management team that you just dug out of a Championship sized hole. As thanks for the good work you get treated like an inconvenience and kicked out halfway through a campaign where you were doing well.

Of course it would be bad if like poor Everton fans, you had to put up with all your best players being sold, and then no money being spent on new ones. Imagine having your budget cut in half and then being expected to get the same results. How bad must it be to be trying your best to make communications work, but there is never enough budget to actually achieve anything. I wonder who will be the one to get fired?

Still, it could be worse. Abramovich is reported to constantly meddle in the team affairs, undermining the manager and making decisions for him. Wouldn't it be terrible if bad clients did that to ag...oh. Next time you get given a gigantic chunk of bad copy or a list of features, or are given some bad art direction you can't refuse, that's what we call a Torres.

Thank goodness very few clients are like this though. When you think about who you could be working for, it makes you better appreciate those you already are.

Disclaimer: I am West Ham fan who lives near Old Trafford.

P.S.: I also have sympathy for the poor client that hired what they thought was a good agency and ended up with Steve McLaren (Sorry Rob C)
Ranted by Rob Mortimer (aka Famous Rob) No comments:

As you may be aware, a number of blogs I read (plus this one) are ocassionally printed in Campaign Magazine's 'best of the blogs' section. A few people have asked me the the question over usage and payment, so I though it was worth discussing here.

"Don't you think you should be paid for them using your work?" I am asked. Well, if you look at it on a basic level I can see the similarity between a magazine printing my writing and them printing a column by 'another planner' (E.g.: One whom I would never claim to be anywhere near as smart as!).

However, I wouldn't be writing this content if I didn't want to do so anyway, this content is here because it is something i want to express an opinion on. I didn't start my blog to get paid, I started it to get my voice out there, which appearing in magazines helps to do. The blog served its' key purpose of helping me get into planning, and it helps me to keep thinking and to talk with other intelligent people in adland.

The other works are columns purposely constructed and paid for, they have to hit deadlines and need to meet much better editorial standards than my rantings. If I was writing to those timeframes and contraints I would want paying, but the point of a blog is the freedom not to be limited.

So the answer is: not really no. I don't mind not being paid when my blog writing appears in magazines, it's always credited to me and treated with editorial respect so I don't see the problem.

The other good thing is the amount of exposure this kind of thing provides for planners outside the London circle. I have seen planners in Sheffield, Leeds, Manchester and other places included recently; for an industry that too often silo's itself into small areas I think this is very healthy. A small step towards breaking the out of date perception that (even in a digital world) not being based in London somehow makes you an inferior agency or talent.

No one in America claims CPB are rubbish because they are in Boulder, Colorado; no one dismisses W+K because they are in Portland not New York; the sooner we all start to respect each other the sooner we can start fixing the problems of our industry and regaining real creative trust from our clients. The prevelance of northern planners being published is a good start.
Ranted by Rob Mortimer (aka Famous Rob) 1 comment:

When The Little Guy Gets It Right 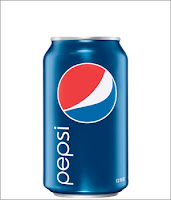 You've surely seen those annoying Pepsi Max ads, the one that implies pretending there is an impending Apocalypse is an acceptable excuse for sex crimes, and the slightly better one about tricking your boss into not staying late.

Funny thing is though, WKD have gone and shown on a fraction of the budget and creative spend that they can do this type of ad better.

The ad isn't exactly stepping into new ground, but it's actually funny instead of just cringeworthy; and it actually comes at you with a sense of warmth and fun rather than corporate sponsored mischief.

Yes, I know I was criticising the 'three guys in a bar' setup, but at least this ad gives the idea the space and time to work instead of filling it up with taste and pouring shots. We are actually allowed to see the idea develop and get a proper gag or two in there.

The strength of Pepsi was always that they didn't care about looking cool, which is why they always seemed cooler than Coke. Recently though Pepsi ads tend to just feel like Coke ads with a little more edge (if you can call it that).

So Pepsi marketing team, try watching this and remember what used to make your communications good.