Glass and a Half Empty

The problem with hyped ads is that they rarely live up to expectation, with the possible exception of Honda's Grr. Well, here is Fallon's Grrilla...

Hype means that instead of 10 "It's good" reviews you get 5 "Not as good as the original" and 5 "ad of the year!" reviews. People drastically over or under rate the ad because of what came before it.

A good ad with a good soundtrack. Good idea. Good Follow Up. But, it's just that; good. Not great, not exeptional, not the wonder we were expecting. Also, seeing people spoils its transformers like quality. Problem for me is, if this was their second best idea... what's next?

Maybe the fall of the BIG ad starts here... discuss.

Before You Create Your Next Online Video...

Google have finally started to understand how to help keep those You Tube videos appearing: Improved stats and monitoring. Helping not only advertisers on the site, but all the agencies, companies and record labels who add videos.

" YouTube Insight is "a free tool that enables anyone with a YouTube account to view detailed statistics about the videos that they upload to the site," the company said on a team blog. Uploaders will be able to see how frequently videos are viewed in different parts of the world, "as well as how popular they are relative to all videos in that market over a given period of time."

Insight also provides, well, insight into how long it takes a video to achieve popularity and how a video behaves after popularity peaks.

The blog post studiously avoids mention of advertisers, except to point out to YouTube partners that "the more popular a video is, the more advertising revenue it can generate."

The tools "give a lot of context around the performance of video over time, where your audience is coming from, and how your message is connecting to your audience," YouTube Program Manager Tracy Chan said. "Effectively, YouTube has become an ad-effectiveness, or an insight-effectiveness, tool." "

"Dr Pepper has revealed that it will give everyone in America free drinks if Guns N' Roses release a new album in 2008.

The soft drinks firm claimed every person in the country will be entitled to a free beverage if the rockers release their long-awaited Chinese Democracy LP by the end of the year.

In a press release the firm told frontman Axl Rose that they understand why it has taken so long to produce the record and said former band members Slash and Buckethead would be exempt from the free drink deal.

"In an unprecedented show of solidarity with Axl, everyone in America, except estranged GNR guitarists Slash and Buckethead, will receive a free can of Dr Pepper if the album ships some time - anytime! - in 2008.

"Dr Pepper supports Axl, and fully understands that sometimes you have to make it through the jungle before you get it right."

Credit Where It's Due

I love the new Visa ad from Saatchi and Saatchi. A credit card ad that doesn't go for hard sell, and rather like Mastercard goes for a truth, a proper insight.

If adding Richard Huntingdon to the staff helps Saatchi's other campaigns as much as it appears to have helped this one then things are definitely looking up for them.

Tell Em About the Honey

That Mighty Boosh rip off Sugar Puffs ad reminded me of the return of characterisation in ads.

Good brand characters aren't the outdated relics they may seem, but with good writing and insights they can be inspiring and effective. Look at Monkey for PG Tips as a primate example.

But Honey Monster... sigh.
A brilliant John Webster creation dropped into rubbish ads for so many years. There used to be a rule that Sugar Puffs ads would only use "cool" ideas that were several years past their cool date. (I.e.: Expect a Matrix influenced ad next year)

The latest ad is nearer to the mark but still fails. The problem is that Honey Monster ads just try far far too hard to be cool.

Tony the Tiger is cool because as cheesy as he is, he doesn't appear to try and be anything other than himself. He messes up and doesn't care. But HM is so self consiously trying to be cool, it just feels flat and contrived; especially after so many bad ads.

Give him to Mother, then it might just work.
Ranted by Rob Mortimer (aka Famous Rob) 1 comment:

I cannot find a video of it, but the latest promo for Challenge TV features an excellent parody of the Sony Bravia Bunnies ad.

The atmosphere and animation is very well done and it hits that fine line of parody where you suspect it could be real but are suspicious. Good ending too.
Ranted by Rob Mortimer (aka Famous Rob) No comments:

Not sure about the message, but the execution here is spot on.

Ah the parody. That much misunderstood genre of advert, that can bring us absolute classics, and incredible rubbish.

Happily the new Pot Noodle ad is brilliant. A parody of the Guinness Domino ad (Tipping Point), with the right style and atmosphere.

A good point raised on the You Tube comments is just how small the budget for this must have been compared to the original; but this one is so much better. I love the Guinness and Honda reference for the tyres, and also the blatant cutting.

It feels like so much more thought went into this one.
Ranted by Rob Mortimer (aka Famous Rob) 1 comment:

After yet more reported cases of adland completely ripping off an existing video/art installation/music video; is it not worrying anybody else that this seems to be becoming an endemic problem?

Creative media obviously takes influence from elsewhere, but I cannot remember so many cases in such a short space of time where ads are so clearly lifted from other works without even acknowledging the original.

It's not like there is an issue when the agency works with the creator (E.g.: W+K's Cravendale milk campaign) to adapt pieces, or at least acknowledges their rights to work; but this seems more problematic, as if some agencies are deliberately staying quiet to minimise damage to their creative reputations.

Or has this always been the case, but its just easier to find the original now?

(Nice new Xerox logo from Xerox.com, love the typography, especially on the X's)
Ranted by Rob Mortimer (aka Famous Rob) No comments:

Here in one ad, we are reminded just how good Gorilla was (and I frankly was muted on it compared to most people), how good the old flake ads were, and how inconsequential the new one seems to be.

It might as well be a promo for her new album. In fact the only good thing about it is the reference to the sexual innuendo of old by having her drop bits of the bar down her top. But even that feels weak compared to the simplicity and power of even the most over the top of the old flake ads.

Besides, when dropping chocolate into cleavage is the highlight of your new ad (and you aren't advertising Lynx) be very worried.

Three words repeatedly come to mind here, apart from 'poor casting' and 'a celebrity does not work as flake girl', they are this: Trying.Too.Hard.

Some People are Gay.
Get Over It.

Rebecca who came to the last planning meet up has arranged an interesting event that's on soon in Manchester for ad folk. I believe she may be looking for a couple of female creatives to take the place of a person who had to pull out. If you can help let me know and I'll pass your details on.

Either way its worth going to: 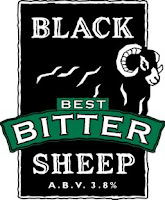 The Kaiser is hosting the battle of the beverages; and I have chosen the mantle of Great British Ale. Now, I contemplated some snazzy diagrams or charts, but frankly the facts speak for themselves. First round we are up against lager, please vote!

1. Choice - British ale comes in hundreds of varieties. Light, mild, bitter, dark, fruity, tangy. Whatever your taste in beer there is an ale to suit you.

2. Supporting Local Businesses - British Ale is made by hundreds of small independent brewers, making new drinks every year to meet the tastes of the consumer. You can try different beers in every county in Britain. In contrast, lager is dominated by multinational conglomerates.

3. Development - British Ale constantly changes and develops, lager remains almost exactly the same as 30 years ago; yes, it still mostly tastes of cats piss. With ale you get both the heritage of the old, but development of the new.

4. Worth Fighting For - When the lager producing industries tried to use their ownership of pubs to force out real ale, they sparked a movement which became CAMRA (Campaign for Real Ale), and slowly they fought back and ensured real ale retained its place. Who would campaign to save Carling or Carlsberg?!

5. Who Drinks It - When was the last time you heard of loutish teenagers causing trouble after sinking twenty pints of Bombadier or Old Speckled Hen?

Remember, this isn't about who drinks more of what. This is about the merits of each drink, and even if it was; ale is catching up lager as people get sick of every lager tasting the same... yes, like cat's piss.

Well, I was just about to promote a BBC season of programmes by posting the advert on this blog. But they have asked You Tube to remove it, so never mind.
Ranted by Rob Mortimer (aka Famous Rob) No comments: