Email ThisBlogThis!Share to TwitterShare to FacebookShare to Pinterest
Labels: christmas

I am currently extremely angry at Manchester Airport, and pretty angry with Easyjet after a horrible Friday of battling the snow.
We arrived at Manchester Airport to pick up my brother on his way back from Germany. The plane was due at 10.30pm, and was shown as running ok.
We braved the car through the still falling snow to get there for twenty to eleven. Except on the way my dad phoned and said its' landing had been delayed until 23.54.
So we got to the airport and sat down to wait. The airport was cold, even with scarf and gloves it was freezing.
At twenty past twelve we checked the information board and it still said Due 23.54... Well clearly not!
At half twelve, the woman next to us waiting for the same flight tells us its landed in Luton. I search the whole terminal to find someone to ask, but there is NO-ONE apart from security, plus the Easyjet desk is closed.
I then used my phone to check Easyjet for a help number, only to find that their helpline for this kind of thing is only open until 8pm... what aload of fucking good that is.
The Manchester Airport display still said Due 23.54...
We then tried the Luton Airport site which confirmed the plane had arrived there. My dad then rang Luton Airport who told us a coach would bring them to Manchester. Which is fair enough.
We left at around 1.15am, at which time the display STILL said Due 23.54. How bloody hard is it to update one line on your display?? It's not like a Boeing 737 is something you can miss. It's had to book a landing slot, and if Luton knows it's landed surely you should know! How come a quick internet search can tell me more information than the airport that is supposed to be keeping us informed??
Most companies wouldn't dare to treat customers with that level of service. Just because you are an airport does not mean you are abdicated of responsibility for our experience and information.
Oh and to round things off, we were charged £12 for parking. TWELVE POUNDS, largely because the airport was apparently incapable of relaying one short piece of information.
Ranted by Rob Mortimer (aka Famous Rob) 1 comment:

After being tagged by Rob C, here are my answers to his questions on 2010..:

1/ Best single thing [personal &/or professional] you did/achieved in 2010.
Being part of a decent TV ad where I was sole planner.

2/ Most shameful thing [personal &/or professional] you did/achieved in 2010.
Embarrassing lots of colleagues with the Agency Xmas Party video.

3/ Ad industry scandal or scoundrel of the year.
A tie between the 'Missing Planner' scandal and the grumpy genius scoundrel that is George Parker.

5/ What do you think will be the most overhyped advertising related subject of 2011?
Gamification will probably start filtering through to agencies that don't understand gaming, and we will end up collecting XP and coins on everything.


I tag these questions to: 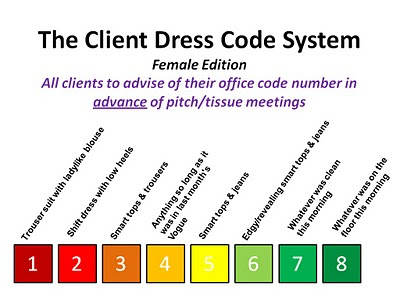 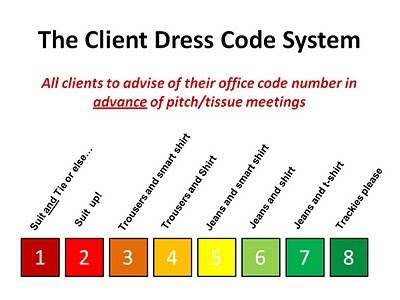 In response to Gemma T's comments about the pitfalls of client dress codes, I think the industry should adopt an early warning system that advises agencies of expected dress codes prior to first meetings (usually pitch or tissue meetings).
If every client includes the number we need never again face the difficult choice of whether to over or under dress. Thanks to Gemma for guidance on the female version of the code.
Ranted by Rob Mortimer (aka Famous Rob) 1 comment: 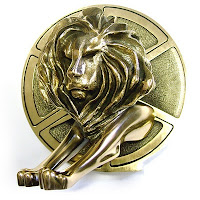 Not quite the Cannes Lions... but it's been a great year in many senses for advertising, lots of exciting and engaging campaigns worthy of merit. Here are The Ad Pit Awards 2010!

Best Surprise
Ikea - Kitchen at Parties - Jona Lewie brought back to popular culture and a magnificent use of music to demonstrate product.
Runner Up: Gillette - Federer video

Most Improved Advertising
Virgin Media - Speedy Gonzales - Welcome back Speedy. This is how to use existing characters to sell a product. Hits the nail right on the head in a way that manages to sell whilst still being funny.

Worst Advert
Go Compare - Opera Twat - Somehow, somehow they made this even worse than last year. A campaign surviving solely on media budget, with no redeeming qualities whatsoever. It's not funny, it's not engaging, it's not entertaining, it makes me want to have nothing to do with the brand in a way I haven't felt since Jamster.
Runner Up: Argos - Xmas (Nice ad, now why not wait til Christmas to show it?)

Agency of the Year
Wieden + Kennedy - Nike write the future, Nike Grid, Old Spice Man... I think there could only be one winner this year. Some agencies have made great work, but this year W+K have been consistently outstanding.
Ranted by Rob Mortimer (aka Famous Rob) 2 comments:

A Note for Myspace

When spending a shitload of money to redesign and revamp your site, change your identity and refocus your business model; you really need to pay attention to how people use it.
The old myspace site was slow, cluttered, full of conflicting navigation, full of irritating ads. The new myspace site is slow, cluttered, full of conflicting navigation, full of irritating videos and ads.
They have clearly learnt nothing at News Corp. Even at its worst, Facebook lets you see everything you want in one go, at minimal fuss. Myspace wants you to drag and search around before you find anything.
It's not like they didn't ask. I did the longest questionnaire in history a few months back describing everything that was wrong, and what we got was the same site but looking a little nicer.
Focusing on music is a smart move for myspace, sadly they seem to have got everything else wrong.
Ranted by Rob Mortimer (aka Famous Rob) 1 comment:

There have been some brilliant albums released this year, perhaps a surprising number of disappointing ones too. But here are my picks for albums and tracks of the year:
Albums:
The Drums - The Drums
Maybe deserving of plaudits simply for not being drowned in the hype and expectation surrounding it. More so though for being irresistibly catchy and writing the best song about surfing since the Beach Boys.
Ou Est Le Swimming Pool - The Golden Year
Perhaps (sadly) more likely to be remembered for the tragic death of their lead singer than their actual music, this album was a totally unexpected surprise. Some amazing songs and a brilliant sound that feels retro but without feeling dated or cliche'd.
Deftones - Diamond Eyes
Great album. Really great album. Punctuated with two of the best metal tracks of this century. When Chi Cheng finally wakes up from his coma, I can't wait to see him play this stuff with the band again.
Wavves - King of the Beach
Noisy surf punk genius.
Tracks:
The Drums - Me and the Moon
Ou Est Le Swimming Pool - The Key
Deftones - Diamond Eyes
Mark Ronson - The Bike Song
Hurts - Silver Lining
One More Thing:
I still for the life of me cannot understand how on earth a band as dull as the XX have managed to become so popular. It's about as exciting as a wholemeal cucumber sandwich with margarine. I understand the potential of things being simple and minimal, but please let's not have minimal equating to deathly boring.
Ranted by Rob Mortimer (aka Famous Rob) 1 comment: