In one of those odd occasions where you think of a name for something that doesn't exist, and the name drives you to fit something around it... I was thinking about Plannerama recently.

Tell me if this sounds rubbish but:

Planners are generally intelligent people (the ones I know certainly are anyway), and we are always coming up with interesting ideas and observations for clients. So what if we used our plannery skills to do some good for the world?

So the first draft concept for Plannerama is this.

Twenty planners in an informal room, maybe a pub. We are split into four groups of 5 planners, split roughly by seniority.

Each groups is given twenty minutes to discuss and think of ideas around a topic of social, charitable or political importance. After the twenty minutes the topics are rotated, so each group has done all four topics by the end of the night.

There is then a twenty minute all group discussion on each topic, and the best three or four ideas are written down. Following the session the results are published, and hopefully at least one of them will be good enough to provoke some response, action or publicity around the topic in question.

Is there a peaceful way to resolve the Israeli/Palestinian conflict?
How do we best help the homeless in our cities?
How do we get the public to look at the facts around a political subject (E.g.: The EU) instead of the media hype?

Any thoughts?
Ranted by Rob Mortimer (aka Famous Rob) 8 comments:

If anyone is interested, here are a few links to things I have written recently for gaming website Voxel Arcade:

Everybody Hertz - A look at why gamers in Europe are still being given inferior versions of classic games.

What are the Greatest Videogame Soundtracks Ever Made?

A New Star Soccer Story - A critique of a game that has become very popular despite being very flawed.
Ranted by Rob Mortimer (aka Famous Rob) No comments: 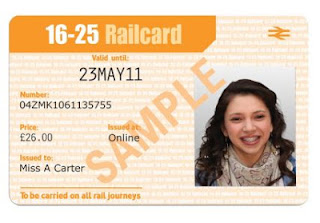 I saw a brief conversation the other day about whether someone should invest in a National Rail student card. It reminded me of a simple idea that I had for such a card, but one I have yet to see.

The card costs £28 for a year, and gives young people a third off all rail travel. Make a few journeys and it easily pays for itself.

The railway companies want to sign more people up for cards, as it helps encourage the holders to take the train. Yet they seem to be missing something very obvious.

When you book a ticket online, and a third of the cost of your total journey is £28 or more, it should give you the option to sign up for the card for 'free'. As in one journey the card will have covered itself, you simply send them the card and forms and you make the process of choosing to have one simple. It's free to the customer, and simply includes the discount in the first purchase.

If someone orders a cheaper ticket you can include the discount from that ticket in a lower price for the card.

If you are buying a set of tickets that cost £84, and you get a simple tick box option that gives you a third off all future fares... why would you say no?

It takes a decision of uncertainty (will I make the £28 back? how often do I use the train?) and turns it into a no-brainer.

I love it when agencies and brands respond quickly to things going on in popular culture.

Specsavers have always been fantastic at this, sometimes even being in the newspapers on the same day as the story they are referring to. (E.g.: The South/North Korea flag issue last year)

I saw this image from a creative team I used to work with and thought I should post it. It references something that is big right now, but in a way that is actually related to the brand and the product.

I haven't seen it published anywhere yet, but I hope it is. It deserves to be. 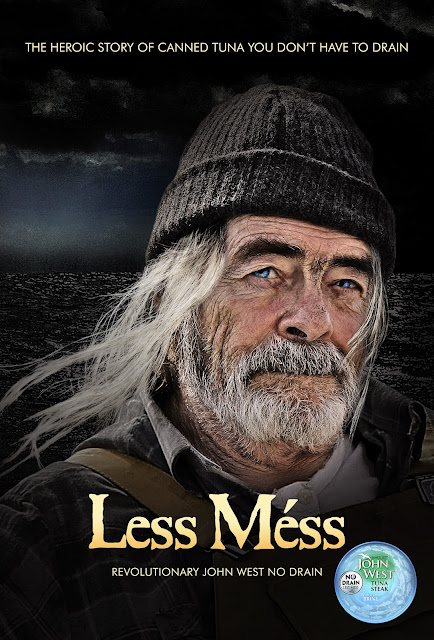 What Marketing Can Learn From Sooty 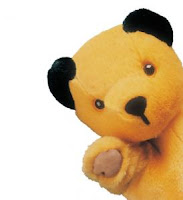 Yes, you read that correctly.

I was watching the CITV retro weekend, and it struck me how Sooty has been successful for over 60 years. Apart from being brilliantly funny, more so than many adult programmes; I started to think about what made it special.

So yes, here are some lessons we should take from The Sooty Show:


1. Really Know Who Your Audience Is

Most kids shows set their audience as a blanket group of kids. Either young kids, tweens or young teens. Boys or girls. Sooty was one of the first kids shows to understand two important things:


The show always featured in-jokes and references that many kids might not get or be aware of, and combined it with jokes and action that kids would get. Sooty truly knew about the whole audience, and made sure to include something for all of them.

Some of the gags in here I didn't get until I rewatched them years later.

So many kids shows are designed to be simple and slow, they treat kids as kids. But most kids want to be older than they are, it's why they place so much importance on how old they are. As soon as a show talks down to someone, they alienate them.

Sooty always treated kids with respect. It had scenarios and situations that were relevant to them, but always spoke to them as if they were real people, not in a manner that kids programmes were usually seen to do.

I watched the show as a kid, and then with my little brothers. The respect it showed for the audience meant you could still enjoy it even as a cynical grumpy teenager.

For most of it's existence, Sooty has been looked after by people who really care about the show and the characters. Except for the time between 1996 and 2008 when HIT Entertainment bought it, and gradually changed the show in a way that led to it's cancellation after over 50 years.

Since the show was bought back by long time fan and presenter Richard Cadell, it has returned to the vision that made it a success, and the response from audiences has been much better.

The little details matter because they signify how much care has gone into what you are making. Take Sweep. Most shows would just have a puppet that made squeaky noises, but the Sooty Show made sure that every squeak was fully scripted. This meant that the character felt more a part of the action, and also meant that people could laugh at what he said before the punch line, creating a double gag.

Care for the details also makes it far more palatable to see something a number of times. Which if you are creating an ad, is a useful thing to have.

Many kids shows are designed to maximise the profits from toys and licensed merchandise. Sooty was created out of a love for performing and a real desire to entertain, not to make something profitable.

Make it good and the success will come. A lesson I wish more advertisers would learn.

This also goes for shows and campaigns that are essentially designed to mimic the good work of other people. Just don't.


6. Pushing the Boundaries is What Drives Us Forward

The Sooty Show has caused outrage on a few occasions. Notably on introducing Soo, in an era when it was thought to be introducing sex into a show by having a boy and girl together. Similarly when in one episode where Soo pretended to be pregnant by putting a cushion in her jumper. People will always want to stick to the status quo, but we are in a creative industry, we are creative people, if we don't push things forward, then we will only go backwards.

The silly insults and slapstick violence, along with the above things may sometimes cause shock, but by doing so, the end product was right, and they matched what the audience wanted to see. Forget the status quo, we are here to do good work that works for our clients. If we have to break a boundary to do that, then bring on the boundaries.


Also. As someone who grew up wanting to be in advertising, the below episode is lodged in my head from start to finish. Cos Tooty Poo Smesh.

Scamp has done a great quick write up about the blog Canalside View. I suggest you take a look at both.

Always good to read people who refuse to accept the conventions or fashions, and instead focuses on what really needs to be done.
Ranted by Rob Mortimer (aka Famous Rob) No comments:

We must never forget that in order to do great creative work we have to be brave. Bodyform demonstrated this brilliantly in 2012. Whether it was set up or a real response isn't overly important, the result was spot on.

I think within adland, people are getting a little past the love affair stage with the John Lewis campaign. However the response from almost everyone I have talked to outside of advertising says real people still love it.
Going for emotions shouldn't be a target as such, it should be the by-product of strategy and creative idea that really connects with people. Emotive gift giving and reliability is perfect for John Lewis, but the lessons on achieving impact in this way for others should not be unlearnt or misinterpreted.

Engagement is often an over-used and abused word in our industry. Yet we should remember that nothing we do will achieve any recognition from the audience if it fails to engage. The rise in brands that understand that having fun creates a connection with the audience is fantastic. You don't have to be serious, not even to get across a serious message.

We should always be honest. The first step on the road to a bad ad is having to be dishonest.
I love those strategies and creative ideas that really build on honesty. Whilst I don't think it is as strategically great as Persil's Dirt is Good, the new Ariel work finally gives the brand a tone of voice and strategy beyond talking about the product at point blank. I'm not convinced about the end line though.

Sometimes simple bits of thinking are the very best. A Thai anti-smoking campaign used kids to make adults pay attention to the effects of smoking they usually try to ignore, and it was simply brilliant.