[Please note: It's late and I may edit this majorly tomorrow]

A lot of advertising's ills are often placed at the foot of planning. We get accused of being against or stifling creativity, of being account men in disguise, of wanting to please the client not make better work.

Well that's not my idea of planning.

Planning to me is exactly the opposite of limiting creativity, it's about finding information and making great briefs (whether written or verbal, that's another debate) to create better work.

I am not the sort of person who thinks they know everything, I won't sit there thinking I know better; I just try my hardest and say what I think is right. But also, I am not here to make up the numbers. I truly believe if I keep learning and keep working hard I can make a difference to our industry. It might be a small difference, but It's there for the taking.

There are truly great people in this industry that inspire me every day. Some planners, some creatives, some even (ha) account suits. Some I work with, some I just know (and hope to work with), and some I've never met (and hope to work with). It's those people who give me faith that not only can we make better work than we do now, but we can do it whilst producing better results for clients AND making ads that people enjoy and appreciate instead of hating.

Ad land is there for improving, I hope I can eventually help out.
Ranted by Rob Mortimer (aka Famous Rob) 3 comments:

Wonderful ad for Dairy Milk by Cadburys in Australia.
This so perfectly captures the joy that was missing in the post-Gorilla work over here (latest ad excluded somewhat).

Wonderful bit of work here for Method by Droga5.
Makes the point in a funny and engaging way, but really makes you look at what you define as 'clean'. 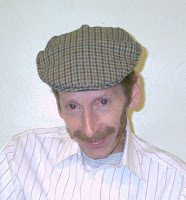 Not just a facebook group, but a proper mini-identity that allows us to group together properly as opposed to the informal word of mouth system that operates at the moment.
I'd be interested to know your thoughts on this, particularly Gemma, Northern, Simon, David, Andrea, Rebecca, etc who have been to a fair few; and those who were new to the last one, Adam and Dan.
Good name suggestions more than welcome too!
Ad North is a starter I like.
Ranted by Rob Mortimer (aka Famous Rob) 7 comments:

After last year's wonderful Christmas ads I was surprised to see John Lewis move their agency. Yet having viewed the new ad I must agree it wasn't entirely a bad decision.

Like last year the ad creates a wonderfully festive atmosphere without resorting to filling the screen with red and white, without overused seasonal hits, and without the sappy over saturated sense of ocassion we are force fed for three months from mid October.

Where this one goes one better to me is that despite avoiding the cloying artificial taste of the event, they have produced something that is wonderfully sweet, amusing, and warrants multiple viewings without wanting to hurl a plastic santa at the screen.

Add to that a brilliant brilliant song choice. No Shaky, no slade, no Cliff, no one hit wonders. A proper year round track that captures the IDEA not the season.

Adam and Eve I could kiss you. Or at least buy you a lovely present.

The next Northern Ad Meet is tomorrow:

We welcome planning, suits, creatives, marketing folk, pr folk, digital folk, grads, etc etc.Reply here or email me at rob ( at ) ad-pit ( dot co dot uk ) for more info or if you have any questions.
Ranted by Rob Mortimer (aka Famous Rob) No comments:

So, we are soon to see the release of Call of Duty: Modern Warfare 2, one of the most anticipated games in living memory. In honour of this several supermarkets are offering it for a bargain price of £26, less than half price.

Here is why I won't be buying.
This isn't just undercutting, this is a drastic loss leader. Selling below their purchase price in a bid to drive market share and other shopping. It's downright anti-competitive, and misleading for customers who start to expect every game to be sold at a huge loss, making real gaming shops (both big and independent alike) look like they are ripping people off.
This isn't some small retailer creating publicity to make a name for themselves, this isn't clever purchasing or out of tax cleverness; this is using market position, big bank accounts and store portfolio to get a foothold in a market in which they are usually pretty expensive (anything not brand new is rarely reduced).
Is this much different to the bus company that ran almost free buses to kill off local competition, then got rid of them and raised prices?
Happily the retailers that actually care about gamers and gaming as a pastime are too strong and have enough unique advantages to avoid being severely damaged by this ploy; but I wouldn't be surprised if it is the nail in the coffin of a few independent stores losing out on sales for the biggest game of the year.
To me it's like buying a car stereo at 75% off from some hooded 17 year old outside Halfords, you can't be that cheap and be totally trustworthy. Like paying £10 for a jacket and then complaining when it doesn't last and was made by a mistreated 3 year old in Indonesia for 12p.
Supermarkets are already killing pubs by doing this with alcohol. If we let this become the standard for games, then don't be surprised when the local stores start dying and the prices creep up.
Ranted by Rob Mortimer (aka Famous Rob) 7 comments:

It's NOT a Viral

Most of us know by now, but there are still some people on both sides of the client / agency fence that haven't yet understood. For those people, there is this:
It's Not a Viral (version 1)
View more presentations from Rob Mortimer.
Ranted by Rob Mortimer (aka Famous Rob) 3 comments:

I have a confession

Despite feeling like there is some interesting thought behind it, and despite being an interesting idea; I just don't feel any warmth towards the new Kingsmill campaign.

It seems like a good idea that has been lost somewhere along the way, and ended up being too long, too complex, and with quirkiness that has faded into weirdness.

It's a shame, as there is a lot of potential here to be saying something different around bread. The idea can be taken into lots of areas, they have already started doing Vox Pop versions, though a batch of B3TA style responses might affect that.

I think its just the execution here that is lacking for me.

10 Years in Advertising and Marketing

So, we are coming to the end of the first decade of the new millenium (It doesn't feel new despite us being only 1% through it).

It has been a rollercoaster for our industry, the expansion of media types changing the way we think about planning and creative work forever.
To mark the passing of the event I would like to call for nominations for the 'Ad Pit Decade Awards' (I use the word awards loosely). If I get enough interest I will do a big feature on this nearer Xmas.
The categories are as follows, campaigns must have run between 2000 and now: