Well. I bought a phone and plugged into our line and guess what, there is a dial tone. I rang the test number and it came back with a phone number for the line.

So what has actually happened is that they have the address or number down wrong. The charge is for reconnecting at the exchange, and clearly that line already has a connection.
Happily I did get to speak to a guy called Glen, who appears to be the only person anywhere within BT who actually wants to help. He couldn't fix the problem, but he gave me lots of info on what was wrong and how/who to get it sorted.
On we go.
Ranted by Rob Mortimer (aka Famous Rob) No comments:

BT Screwing us Over?

So. BT want to charge me £125 to reconnect our phone line after it was switched to another provider and then disconnected.

Except it wasn't.
The previous owner was with BT.
I told BT, and they said: Openworld decided to disconnect the line, and BT have to pay them to get an engineer to reconnect it.
Ok. Except Openworld is part of BT. They have disconnected a BT line from a rented flat, to which I have to pay to reconnect it..
WHY?
It's not like the numbers are needed for someone else. Like there is a shortage of lines for people. They have paid an engineer to take out a line for no actual benefit.
Can anyone please give me one decent reason why BT should disconnect that line apart from screwing money out of me.
Ranted by Rob Mortimer (aka Famous Rob) 4 comments:

Frankly this just gets more and more ridiculous. Though I should do this in stages.
Not sure how interested anyone is in customer service, but I need to rant so I can finish my lunch and work...

I was impressed by how someone was scanning blogs to pick up complaints like mine, and took action to get my query moving. The actual front end appeared to be the problem, with the head office staff all to willing to help, but engineers taking their time meant it still took far too long really.

Is it not possible to get a national map of where the cable is and add it to Google Maps? (They sent me a small map of where it was near me?) That would solve half this trouble easily.

No cable for me though. *sigh* Which leads me to:

Previously disappointing with internet support, but on moving tv across they were quick, polite, extremely helpful and sorted everything perfectly. 3 days later I have Sky again. Well done.

Right... back to work.
Ranted by Rob Mortimer (aka Famous Rob) No comments:

Begging You For Mercy

I shall admit in advance that I don't fall into the target audience for this ad. I am male, I am over 16 years old, and I like ads to be at least in part interesting or engaging. So I am therefore unlikely to be swayed by Mamma Mia style cliche'd and contrived female pandering.

You might think I am being harsh, and I probably am. But this takes all the bad bits of the Diet Coke Break ads (female stereotypes, female faux togetherness, cheese board tackyometer) and removes the humourous payoff (I.e.: The point).

Another example of a brand ambassador ad struggling for purpose, an idea, and an execution. An ad that feels as patronising to women as the original Coke Zero ads did to men. Brand, Duffy, and agency are capable of (and have made) infinitely better, but this really lets the side down.

Someone once told me that Mother hate planners, well unfortunately for them on this evidence, they really could do with some.

Try a visit up north Coke. Look, we can do it too: *sip* Ahhhh that's darn refreshing. [PACK SHOT] *fade*.

Does this crap actually work?

Be Phenomenal with G..
Watch the ad...

Why would you spend so much money on three top of their profession sports stars and constantly use them in tedious pieces of nonsense?

It's such a huge waste of money. Surely any decent agency (given the freedom) could create something infinitely better with half that cost. In the financial situation we find ourselves in, surely its our job to say "Well, if you got rid of the pointless triple celebrity endorsements and produced something less blunt (hehe) and in your face we could halve your budget and still beat sales targets."

I find it hard to believe that any agency would recommend this route. It feels like a client that said "We have these celebs, now do something with them... and make it SELL."

How Long Is a Piece of Cheese?

I am all for creating unusual, even post modern ads that use an emotion or sense of weird randomness to put across a message.

But this just lacks sparkle or wit, and ends up feeling forced. It's not in the same league as trumpets.

Virgin Media Part One (possibly of many)

"Lunchtime is Rant-time!"
Me. Just Now
Long ago, in the dark days before iPlayer, when the internet was the preserve of geeks and just a few normal people, when non-cable broadband connections of over 512k were extortionate and limited to London and a few other selected dignitaries; there was a company called NTL.
Despite its great product, it apppeared that their customer service was managed by a brain damaged chimp with no arms and legs. They made BT look good.
Then they became Virgin Media, and suddenly (you hoped) that things would get better. Richard Branson would VA the company, take on SKY and win better media service for us, the cheering loving public.
Sadly not quite.
Having just moved I need internet, phone and tv services. Looking at SKY and VM, it appears that VM have the best deal. Then I notice the little * that says "When you take a phone line for £11 a month". Luckily it was still cheaper.
So I called them up, and got a few bits of info from a helpful guy named Dan.
Then...
I called again to ask about installation and found:
1) Though my street is cabled, its not on their database so I need to get an engineer out to look at it.
2) Get given a phone number for the engineers that doesnt wrk
3) Call back, person seems unable to comprehend what I want
4) Call again, get given an alternative number which works
5) Leave a message asking for them to look at it, having been told only that "should be done within days". Clearly VM don't realise that most people are lost without the internet, I dont wish to spend weeks waiting!
6) Waited
That was Thursday, still no reply. Asked someone yesterday to look into it, and nothing...
I shall keep you posted. You'd think Virgin Media would like to help new customers... they have about a week before I go back to Sky.
Ranted by Rob Mortimer (aka Famous Rob) 2 comments:

I hope that we all do

In response to the kind and yet dark comic genius that is Marcus, who posted the story of a single mother in Germany with cancer who is struggling to bring up her two kids.


I have no access to my digital camera or its photos at the moment, so instead: 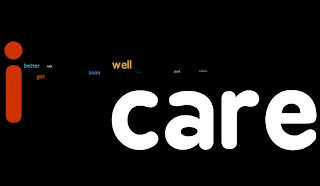 Email ThisBlogThis!Share to TwitterShare to FacebookShare to Pinterest
Labels: i care, marcus

In the Region of 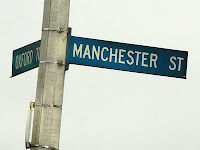 There is one term I am starting to hate within adland, and I hope that I'm not the only one.
It's the slightly demeaning and insulting phrase of "Regional Agency".
I don't know where the term originated, and I accept that it has uses for smaller agencies in lists and charts. But I believe (and hope) I'm not the only person who finds the phrase insulting.
It feels like a term coined by a London agency in a pitch to scare a client from going outside the M25. A phrase that implies we don't have the skills or the resource outside the M25 to run a big campaign. A phrase that tries to bracket even global linked agencies like CBJWT, TBWA Manchester, McCann Birmingham into the same group as John Smith Village Marketing.
It seems to be a curiously British phenomenon, our obsession with London (and that's not to diss London agencies) as the only place where our marketing happens. I think you will find that Birmingham, Manchester, Glasgow, Edinburgh are all bloody big cities. We have our Beatles, our Oasis, our Proclaimers (okay maybe not the best example).
You don't call agencies in San Francisco or Chicago regional because they aren't in New York.
We don't call clients 'regional clients' if they are based in Liverpool or Newcastle. We would be rightly lambasted for doing so. Just because we don't have Fallon up here doesn't mean we lack talent. It's just that too many clients and agencies are yet to step outside the M25 and see it.
It's about time that we stopped using this lazy term and looked at our industry as a whole. We are not London agencies and regional agencies. We are all UK agencies. In this time when we need to justify our talents to those less familiar with the 'intangibles' of marketing, dividing ourselves up in this way helps noone.
Ranted by Rob Mortimer (aka Famous Rob) 14 comments: