The Sky's the Limit

As usual when I find an exciting thing to post about, Scamp manages to post about it before me..! (*mumblegrumble*)

This ad however is just genius.

Honda will show a live three minute ad featuring skydivers. The line is 'Difficult is worth doing.', and in this case, it bloody well is. It's in plenty of papers this morning.

Another example of how W+K are masters at creating impact with small media spend.

Full story in the Guardian.
Ranted by Rob Mortimer (aka Famous Rob) 5 comments: 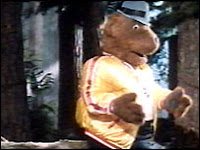 His name is always mentioned in advertising creative circles, but as one of the most inspirational figures to me in advertising I think its time to put a Planning mark of respect out there for John Webster.

Not only did he create brilliant ads that captured people's imaginations, he made them work. He got the planning message across, he got the sales message across, but did it in such a way that you never felt like a salesman was shouting at you.

At JWT we talk about making people want to spend time with brands, well no creative ever did that better than John Webster. 6 of the top 100 UK ads of all time are his (that I know of), including the regular number 1 and 2 slot filler.

I talk a lot about how good brand characters can work brilliantly, and if you look at Webster's work; it's full of great characters that work both as message vehicles, but also as engaging entertainment. What was different about Webster was that he created full back stories for every character, they weren't just there for the ads, and that made them feel infinitely more real and likeable.

Take the first Hofmeister Bear ad, it literally tells you the story of the character.


Webster is quoted in Sam Delaney's book Get Smashed "Increasingly, people were using celebrities. Famously CDP had used Leonard Rossiter for their Cinzano campaign. I'd heard that most people in research thought their ads were for Martini so I realised that a celebrity could be a distraction from the product. But if we invented our own characters then we could own them. Plus, they wouldn't age and they'd be a great deal cheaper too"

Webster also said "With all the characters I invented I liked to imagine where they had come from and what their upbringing was like so that they'd be real, rounded characters as opposed to flimsy advertising mascots."

With the internet a sense of honesty and realism is more important than ever before in brands, and these rounded likeable characters have been rediscovered by older generations via You Tube. After 20-30 years they still remember them, possibly better than they remember the products themselves...
Ranted by Rob Mortimer (aka Famous Rob) 4 comments:

The new ad for the Ford Kuga is here, and like the last Ford ad, it shows potential without ever fully realizing it.

The music is great, it really conveys the ad idea.
The execution idea is good, a world that is blank has a lot of possibility.

The idea of starting from a blank canvas is good, except it doesn't really match this car. The Kuga looks (I've seen it close up at a display stand) pretty much like every other pseudo-MPV/4x4 crossover out there. I cannot convincingly believe that this car started with anything like a blank canvas.
The actual execution is in no way the best that could have been made of this idea. It feels too heavy handed, the expressions too forced. Instead of feeling like natural surprise it just feels a bit like a "thirt quench" shot on a Coke ad. Which is a shame.

Overall it tries too hard to be a bold and unique ad, but if it had just been treated with a bit more of a light touch and freedom it would probably work a lot better. Still, on the upside. Ford ads are still moving in the right direction. 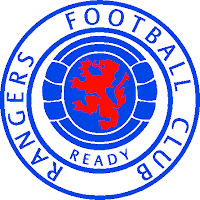 The Scottish invasion of Manchester was so nearly a success. I'm not talking about the game itself, but the attitude and personality of the Rangers fans the day before the match.

After meeting a few and seeing their cheerful attitude I thought they were going to singlehandedly prove that Scottish fans aren't as bad as their reputation says.

The Worm has Turd

I know I know, I spent time talking with people about how good brand characters can be effective. I'm sure I secretly miss a good jingle.

But dear advertising lord (I think technically that's Sir Martin Sorrell) please make this go away.
It's the first ad by Manchester based driven, and reminds me of everything that regional agencies shouldn't be doing. It's tacky, the character is dull, the writing is suspect and the ad as a whole is borderline unwatchable.

A while ago I talked about how the difference between Pepsi Max and Coke Zero was that CZ was trying too hard, whereas PM had a natural assurance.

Not here though. An ad with some nice ideas (Fabregas' shrug with the guitar), and even a 'product shot' gag (ruined by cutting it down to 0.2 of a second) ends up feeling a little contrived.

It's a shame, as the idea is much better than the usual star endorsement fare, and extended out by a few more seconds it would probably improve several-fold.

The Benchmark is Raised

This is officially our planning department's favourite ad of the year so far. It seems utterly pointless in its comedy brilliance, and then goes and adds a completely unarguable insight that makes the whole ad even better.

If you don't wish you'd made this ad, you probably shouldn't be in advertising...

Precisely why Mario Kart (an otherwise wonderful game) pisses me riiight off. 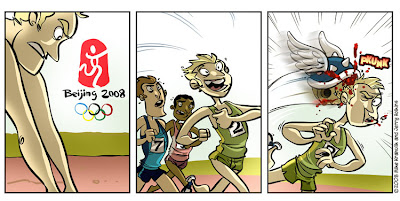