Now THIS is how to use Tiger Woods in a bit of work.
Wonderfully responding to fan comments on glitches in the previous game, and promoting the new one in a nice and subtle way.


Best bit is where he fishes with his club in the water.

The Beg a Man Can Get

"Pleease buy Fusion Power... Puurleaaase" is pretty much the summation of Gillette's new ad. Extoling the virtues of the price premium over the standard. The second such ad aimed at making people switch within a few months.

The combined might of Tiger Woods, Thierry Henry and some other guy hitting balls at someone who uses a Mach3 razor sadly contains not the grace and poise of Henry at Arsenal, but instead feels as subtle as being hit with Wood's five iron. Which ironically is probably still more comfortable than using the vibrating sliceathon that is Fusion Power.
Those huge price premiums are more shaky in this climate, let alone paying more for something that makes shaving harder and more painful (it bloody hurts enough thank you).
Ranted by Rob Mortimer (aka Famous Rob) 4 comments:

Through the wonderful Blip.
A cross between Last.fm and Twitter.
My new work time music site of choice.
Blip.FM invite
Ranted by Rob Mortimer (aka Famous Rob) No comments:

It was either that (from the Simpsons' Streetcar Named Desire musical) or "Lowe Lowe Lowe your boat, sinking down the stream, throw your best known client out, junior staff all scream...ARGH!"

After such a long relationship this seems a strange parting. The recent campaign change combined with Stella's reduced image (wife beater juice, excessive discounting, 25 random variants) have spoilt it a little... but I wonder where both the brand and the agency can go from here?

Ok, so this isn't the most famous or best of their ads; but what other brand or campaign could have got away with such a long abstract piece of film?

One World One Dream 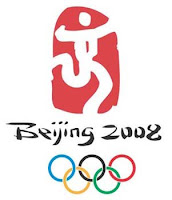 So the Olympics are here, but in adland you would hardly know.

You might think I would enjoy not seeing tie-in ads with vague Olympic themes to promote the "Official stock cube of the Olympic Games 2008". But you know what, I miss them; I miss their optimism and cheerfulness at a time when people are droning on and on about China's human rights and Tibet whilst seemingly looking the other way at the progress they have made and the fact that other Western governments do exactly the same thing except more covertly.
I laugh at George Bush decrying China's human rights record on the day a Guantanamo Bay trial is concluded. Honestly its so mind blowingly hypocritical that I wonder how Bush can even say it without chuckling to himself.
Yes the Beijing 2008 games are political; but do you think 2012 isn't political? Every bloody Olympics is political behind the scenes, but the spectacle and joy they bring make it worth every backhanded shake and finance deal.
Of course China's government isn't perfect; but look at ours first. The only thing worse than being wrong is being hypocritical.
Ranted by Rob Mortimer (aka Famous Rob) 3 comments:

Apparently the new in craze for kids is asking your father to dye his hair and remove his grey.
Kids up and down the country are emploring their fathers, no more "I want a bike, a Wii, a Doll!"; its all "fix yo colour paps" and "dynamic fade resistant colour y'all."

And so goes life in the abysmal world of Just For Men.

Over at the rules of stupid.

A: A-ha - The sun always shines on tv (wonderfully dark pop with a great video)
B: Bo Diddley - Hey Bo Diddley (THE innovator, RIP)
C: The Cribs - Mirror Kissers (Singalong gig genius)
D:
E:
F: Flock of Seagulls - Telecommunication (a band whose output is seriously underjudged by history)
G:
H: Honour by VNV Nation
I:
J:
K:
L:
M: MIA - Paper Planes (the proper version, the best song from the best album of 2007)
N:
O: Open Your Heart - The Human League (one of those songs that just musical oozes emotion, and probably the best song of the early 80s not made by a band with Bernard Sumner)
P: Paint Nothing - Idlewild (The first song I ever heard by my favourite band ever)
Q:
R:
S: System F - Out of the Blue (still the most dreamy tune I think I've ever heard, responsible for a several year long love of trance)
T:
U:
V:
W:
X:
Y:
Z:
Ranted by Rob Mortimer (aka Famous Rob) 2 comments: