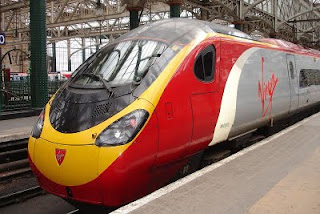 I've used my fair share of awful train services, so I felt that it was worth mentioning the little differences that make Virgin Trains the least frustrating and least murderous rage inducing train company I've travelled with.

Most train companies cram their trains full, giving you no warning and no solution. I used to travel every day to work with East Midlands Trains. The train was supposed to be a 4 carriage train, but 90% of the time would turn up with two; leaving people standing for 50 minutes, becoming unbearably crowded as it got closer to Manchester.

Did East Midlands Trains ever apologise for this? As far I heard, not once in 10 months did they even say sorry.

Virgin on the other hand. Have a sign at Euston station which warns passengers of huge demand for the 19.00 train to Manchester, and recommends they book a seat in advance.

Even better, they provide an extra train 20 minutes later (and a relief train on Fridays to deal with the crowds). At least understanding that a train that is always busy can be planned around, rather than leaving customer to stand for 2 hours.

Better yet. They announced on the 19.00 that any customers still standing could go to the 19.20 train and get first choice of seats.

So simple, but a mile better than the abysmal service most other train companies provide.
Ranted by Rob Mortimer (aka Famous Rob) 2 comments:

How do you launch a new brand in a crowded market when the product has no hugely different features?

How do you get people to remember your brand in a category which can easily be generic?

The new campaign for Stella Artois Cidre is clever. Instead of just trying to repeat the brand name, it tries to change the whole category name around the product; but as it uses a foreign word rather than a new brand name it works.

It reminds me of how Starbucks used new size names to make coffee seem new and exciting, to break people out of their existing coffee routine.

It's not Cider, it's Cidre. Brilliant. No sunny orchards, no '3 guys in a pub'. They take the European values of the master brand and create something simple and humorous that jams the product name in your head without feeling overly sold to.

After a few years of being a little lost, the Stella campaigns are really starting to find their feet, surviving the post "Reassuringly Expensive" hangover. It's lovely to see.

Never Forget About The Happy Times 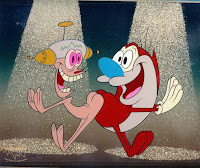 It amazes me how many brands seem to totally forget about the customer experience, and how even those that do make an effort sometimes don't realise just how important it can be.

Waitrose recently opened a store near our workplace, I've shopped at a Waitrose store maybe twice in my whole life. Yet, within a couple of months I am now a pretty loyal customer.
Why?

Well, because they have the most cheerful and engaging staff of any shop I have ever been to. They talk to you, smile and actually feel like they want to work there as opposed to being stuck there while they look for something else to do. (Many Tesco staff!)

I realised today that every time I leave that store I do so smiling. That has a huge effect.

It's not even a subtle thing, I've even discussed it with one of them in the store because it so vastly difference from the normal shop experience.

Whatever you are doing or paying them Waitrose, keep doing it. It is bloody fantastic.

Since this store opened I have become a regular customer in that store, and have ordered Waitrose goods online for the first time. Happiness sells.
Ranted by Rob Mortimer (aka Famous Rob) 1 comment: