If you want people to love your brand then you need to love your customers.
Rob Campbell has been telling a brilliant true story this week about how his nike client gave him a signed Wayne Rooney shirt to give to a cab driver that was a huge Manchester United fan.

Every brand should care like this.
Ranted by Rob Mortimer (aka Famous Rob) 2 comments:

When a man loves a campaign...

Disclosure - This is from the agency I work for, though I wasn't personally involved.

I love that moment when you walk around the office and see a great campaign idea and wonder if it will ever get approved, only to find it has already.

The campaign needed was to promote JT's MyCool Bolt-ons, so why not get their namesake to help promote them...?

I think it's great to find a celebrity campaign that doesn't take celebrity seriously, and to find a legend* of music who isn't afraid to have a joke. 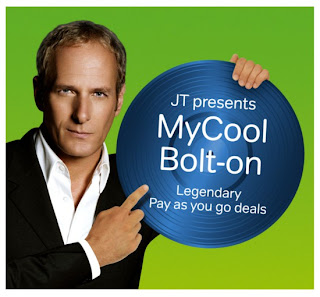 *Not my musical cup of tea personally, but millions love him, seriously, his best selling album has sold over 15m copies!
Ranted by Rob Mortimer (aka Famous Rob) 1 comment:

TUPE or not TUPE

This has been a topic I've spoken about recently with people from a number of agencies. (Happily we were just discussing it not experiencing it.) We all came to the same conclusion that the IPA has, TUPE doesn't work.

The basis for it is sensible enough, in a business that frequently goes through hire/redundancy shifts, minimise the risk of disruption to people's lives by allowing them to move.

For most industries this makes perfect sense, but not adland.

For a start, if you just lost an account then the odds are you lost it for a reason. It's unlikely the client (whether for good reasons or bad) will want the same team running things at their new agency.

Even if the client liked the account team, different agencies work in different ways and people may not fit in well, which can just cause more problems down the line. What if you are being moved from a great agency to a rubbish one? In moving you create a divide between the people who have moved and those already at the agency, you may also prevent people at the new agency from being given legitimate opportunities to be promoted.

It's maybe ok if you work in Central London, but in the rest of the country it isn't... what if you are being TUPE'd from Leeds to Edinburgh?(or visa-versa, not intending to be rude to Scotland!) If you have a family then the odds are you won't even consider a move over that kind of distance. You end up causing more disruption in the moving process than you would in getting another job.

TUPE in adland is kind of like saying if the Tories lose the next general election some of their ministers should be TUPE'd across to Labour.

The principle is sound but in its' present form it just isn't right.

I wonder whether there is merit in a kind of 'Parachute Payments' system that eases agencies down, similar to that used when teams are relegated from the Premier League. Perhaps it could work by:

Every agency pays a small percentage of fees into an IPA administered pot. When you lose a client, the IPA pays a monthly sum based on the income that client brought in, to cover the employee wages, this decreases over 3-6 months, giving the agency time to try and find voluntary redundancies or new clients for the employee to work on. At the very least it gives the employee time to find a new job elsewhere.

By being IPA administered it would be even handed and drastically reduce the burden on staff at all levels when clients are lost.
Ranted by Rob Mortimer (aka Famous Rob) 7 comments: