Some ads make great use of celebrity endorsements, some are a little cliche'd, some are just celebrities with logo's on. It takes a very special kind of celebrity ad to make you want to rip your own face off.


The new Head and Shoulders ad featuring Jenson Button is worse than that.

Funny thing is, I like Button. As an avid follower of Formula 1 (at least until Murdoch gets his mitts on it), I have a huge respect for his skills and abilities, as well as his loyalty in sticking with the Honda team even though it was slower than a royal wedding procession (topical!) hitching a lift on a tortoise (internet topical!).

However this ad is just awful. A strange idea that doesn't seem to ever gel into anything coherent. From the half arsed ryhming that gives up midway through the ad, to the cheese factor that stinks out any of the moment that might be considered comedy.

There is plenty of creative potential to the thought of other things being on his mind, but it comes across as a safe, riskless, joyless, passionless piece of work that not only embarrasses Jenson but embarrasses the brand. Maybe it works better in other languages (I believe it's not a UK ad), maybe their sense of humour fits this better...

This is a perfect example of where agencies and clients need to watch the ad like a real person. Stop thinking in your roles and imagine this came on while you were watching TV, would you go and buy it?
Ranted by Rob Mortimer (aka Famous Rob) No comments:

Let's start by saying I quite like the new Drench ad. However it does appear that the script idea is quite familiar...

We want to recreate the effect of being Tango'd Rehydrated.

We show people in an ordinary environment.

The family is hit with fruit water

No, I mean really hit with fruit water. In a big way.

You know when you've been Tango'd That's Juicy Drench

It's official, T-Mobile's flashmob series has today jumped the shark.

In it's defence, I can see how they might have thought it was funny to pastiche the royal wedding (and done well it would have been); plus i like the idea behind Life's for Sharing.

However, the execution just is not funny. It fails to be entertaining, taking off a recentish net video, but with none of the self-awareness or light-heartedness that made the original so touching. It looks and feels like actors mugging, there is no sense that any of the expressions or actions are natural. Moves planned and set out wholesale.

It robs the video of likeability, and stops it being anywhere near as engaging as it could be.

Worst of all, I said before that T-Mobile had done a good job to avoid making the overused flashmob idea look old. Now it does.

Where next T-Mobile? We know you can do much better, I hope next time we get to see it.

The Internet vs Fluffy Jumpers

There is so much talk at the moment about 'the cloud', using online storage and utilising it for our benefit.

This got me thinking... The internet has become this all purpose location where all various aspects of your life are stored.

A place where your friends, activities, thoughts, actions and interests intertwine and tangle up on a daily basis.

It feels like the'internet' is such an old style name for a modern thing. Like looking at the millions of things your desktop can do, and still calling it a 'computer'. A name that even predates the warehouse sized leviathons of the 1940s.

'The internet' (or 'Teh Interwebz') implies linked networks and computers in a way that no longer happens.

I want to start a campaign to change the name to something more appropriate. A name that describes the intertwined nature of our online prescence. 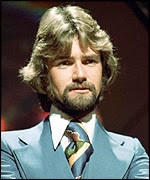 Think about it: "I'm browsing the Edmunds" "Surfing the NEB"... what's not to like?

Two planners walk into a bar chart ... :)
Ranted by Rob Mortimer (aka Famous Rob) No comments: