We shall start the big load of decade end chartage with the other topic that I love along side that in which I work... Music!

(Note that these aren't necessarily the "best" songs/albums per se, but are the ones that meant most to me or impacted my view of music)

Top Ten Songs of the Decade

System of a Down - Chop Suey
Only once have I ever heard people singing drown out a huge club PA. This was the song.

Rhianna - Umbrella
Any song in which Jay-Z is the weakest part has to be good. This track is so brilliantly produced as to wholeheartedly straddle any line between pop and 'real' music you could ever draw.

Idlewild - Roseability
I often state this as my favourite song of all time. My lists of this kind always change about but this will always be in my top ten songs ever.

Asobi Seksu - Nefi and Girly
A beautiful song that makes owning a cat seem like the most natural and joyful thing in the world. Loud and noisy yet angelic. Stunning in every sense of the word.

The Blood Brothers - Ambulance vs Ambulance
Do I understand a word they say? Not really, but it's magnificent nonetheless.

Skindred - Nobody
Heard Reggae-metal before? You should. One of the best live bands in the world with a song that inspires mayhem.

Ladytron - Destroy Everything You Touch
I love their first two albums, but this song takes everything good about Ladytron and dials it up.

Atreyu - The Theft
Award for the best cheesy backup vocals goes to this one, but it is still a magnificent track.

Yeah Yeah Yeahs - Maps
I think this is easily the most heartfelt song of the decade, beautiful but with a guitar hook to die for.


Top Ten Albums of the Decade

Asobi Seksu - Citrus
I saw Asobi Seksu supporting Ladytron last year and was so amazed I bought this album. It took me a while to get into it, but eventually I found a masterpiece that manages to be unbelievably beautiful yet powerfully noisy. Imagine My Bloody Valentine fronted by an angel. An album that you could (and I have) easily get lost in for days.
-
Green Day - American Idiot
It may not be a choice of so called musical purists. But let's look at the facts: A major label release with that title, an aggresive and political concept album that works both as it's concept and as a collection of songs, returning a band most people thought were dead to centre stage in world music. A brave, well crafted piece of genius. Anyone who thinks it isn't punk spirited isn't looking hard enough.

System of a Down - Toxicity
If you want justification that the nu-metal wave of metal was worth it's place in history look no further than this (and the album below). Every song is loud and heavy and aggressive yet it packs melodies and hooks that pop writers would die for.

Deftones - White Pony
To my mind the best rock/metal album I have ever bought. Complex, creepy, dark and brooding. Most of my first year of university was spent with this at ear shattering volume. It's worth the deafness.

Idlewild - 100 Broken Windows
A band with punkish origins add a bit more melody and make an album that defined several years of my life. That I have a signed cd copy makes it even better. I wrote to them and waited to hear back, about 2 years later I get an envelope with marker pen scrawled on the front saying "Sorry this is so so very late, hope you still want it." I did.

M.I.A - Kala
Defining the term 'world music' in one album. Sounds like little else yet takes a huge mesh of influences and makes them work like a musical box of Celebrations. I played it again the other week and was blown away again.

My Chemical Romance - Three Cheers for Sweet Revenge
Incredible live, this may have been the soundtrack to plenty of so called emo tantrums; but please don't let that spoil a wonderful album.

Crystal Castles - Crystal Castles
Hyped for years, I finally saw them live and was thoroughly disappointed. I nearly didn't buy this. I did, and I am so glad. A journey through electronic sound. Weird and noisy but full of hooks. So good that Timberland stole from them.

Oh My Word! - The Best Album in The World Ever (apart from KLF's The White Room)
You won't have heard this, and that is sad. A silly leap through the now departed Sheffield legends' magical brand of silliness.
Ranted by Rob Mortimer (aka Famous Rob) 5 comments:

Top Brand Tips No1 - Learn from your Estate Agent 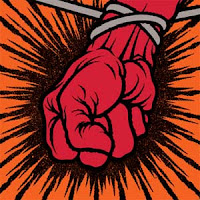 As much as some people like to think that we in the advertising business are subversive subliminal deviant mischief makers; we pale in comparison to the triumph of technicality that are estate agents.

Here are some handy hints for brands I have learnt from my current estate agent:
1. Customers are the most important thing in the world, until they have signed their contract.
2. Customers are an expensive waste of your time (if they have already signed). Anything you can do to get out of speaking to them is worth your while. Try these golden ideas:

- Your staff should take long holidays with no cover, especially if they are involved in customer maintenance, refunds or complaints
- Always offer to call customers back, and never do
- When a customer complains you don't call back. Promise to look into it, and never do.
3. When the customer owes you money, always call back.
4. People are mostly decent and reasonable, you can use this to ensure you never need give refunds. See also 5.
5. Use vague details when you sell something. Then look in microscopic detail at returns. You can get away with this by vastly underselling the importance of said details when signing contracts.
6. If customers need urgent assistance, take your time. They can always wait, it's their money not yours (yet). See also 7.

- If you have no idea what is going on, pretend you do
- If something needs doing, say the person on holiday/who is ill is in charge of it
- If you get back from holiday and find you have to do something, see points 2 and 6

If things don't pick up soon I shall be naming the estate agent in question.

It's that time of year again when I get irritated by the countless clips of red and white frivolity that pass by our screens.

There's nothing here we haven't seen before in a Xmas ad, but it's done in a nice way. The tone is nice and it makes a good example of how to do traditional Christmas advertising.

The usual joke with a reasonable punch line. Problem is it feels cheap, unlike the good TV work this feels custom made for the web, with a 1999 web budget to match.

Sony Centre - Xmas
Apart from the fact that without the VAIO and PSP branding it as Sony, this could easily be a fallout of the Toshiba ad from earlier in the year... only less cool and with cheaper graphics.

Not quite up to the standard of the excellent poem ad, but there is something joyful in the ripping of old panto traditions... and who doesn't enjoy comedy involving cranky old ladies? Oh. Never mind.

As I mentioned previously, this is just wonderful. Would you Adam and Eve it, great ads at Xmas?!

Please let me know your suggestions soon, I will put up a poll to choose a winner in a few days! 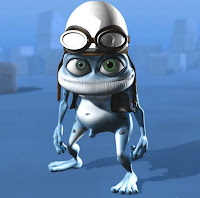 I posted a irritable comment on twitter the other day, and was quickly replied to with a very intelligent observation. I thought about it some more and here is the summation of that thought. Credit to Rikesh for this thought and making me think about something I took as given.

On the way home from work some 16 year old kid was blasting shitty faux-rnb from their phone, and having had a busy day it really pissed me off. I felt like shouting 'get some headphones!'

Indeed when I got home I went on twitter and enquired why no one under the age of 17 gets what headphones are.

Rikesh responded by reminding me of something very true. Those 14-18 year olds are the generation that has grown through childhood with the ringtone and mobile speakers as part of their everyday experience.

That got me thinking. What if they subscribe to a completely different viewpoint. What if instead of just being used to speaker music, their whole perception of being rude is different.

We see headphones as polite, as a way of avoiding disturbing other passengers and passers by. A way of keeping our noise to ourselves.

What if these kids see it the other way. That headphones are rude because they exclude you, it's you shutting other people out, being self absorbed instead of sharing with others. It might be a long shot but its a possibility, if you are always with your friends why would you listen to music on your own? I wouldn't put headphones on if I was at the pub, maybe that logic applies when you are always hanging out with your mates.

Or they could just be annoying brats...
Ranted by Rob Mortimer (aka Famous Rob) 4 comments: