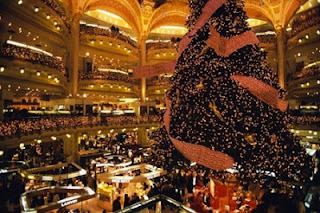 Yes that's right, it's now late October, which means all of you should have seen at least 3 Christmas ads by now!

Every single year we get brands talking about Christmas before we even get to Halloween. It's bloody annoying, but does it actually work?

Have you ever met anyone who saw a Christmas ad in October and went "Oh my god, I totally forgot Christmas is coming up, I better go buy all my stuff now!", I sure as hell haven't. Even for people who get their shopping done early, mid October is stretching it just a bit.

By coming out so early with these ads, surely brands are creating negative reactions that actually count against them? Are they damaging rather than inspiring? Almost everyone I know reacts with a depressed sigh of inevitability when the first ad comes on, even mocking the brands that do it. Given many people are completely fatigued with all things Christmassy before it ever gets to December, are you not just placing the brand name in a category marked 'Christmas hassle'.

In fact the massive queues, rushed service and lack of stock that you expect at Christmas are incredibly annoying; and to me using massively Christmas advertising early risks placing a store into the category marked 'This will be packed full of Christmas shoppers, I won't go there.' I wonder if there is room for an approach that deliberately goes against the Christmas flow, not anti-Christmas, but marks a store out as maintaining a pleasant and comfortable experience while everywhere else is going completely over the top with shoving red things in front of your eyes everywhere you look. 'We love Christmas as much as the next person, but we aren't going to go overboard.'

I think a lot of stores fear being seen as 'Bah Humbug!' if they don't engage with the red redder reddest traditions, but actually I think stores drive the perception more than people actually want it. I know a lot of people who would be far more likely to shop somewhere that built up to Christmas in a subtle way.

So is the point to simply associate the name of the store with Christmas, which in a crowded market would make sense; but would that actually work any better by starting weeks before most people actually do any shopping? Sure you want to combat people going online and buying, but what percentage of people actually buy NOW? Not many I'm sure, and the ones who do probably already know exactly what they are buying and where from. Those who are undecided will probably wait til much nearer the time to choose where to go, and with so many stores advertising the odds are they won't be basing their decisions on an ad from 5 weeks earlier.

At least if you are going to talk about Christmas this sodding early, talk about 'getting in early to beat the crowds', 'we'll help you get it out of the way' or 'low stock expected so why not buy now', give the brand a genuine reason to talk to people in October, not just jumping into the race to get a piece of tinsel on screen as early as possible.

In addition: When Christmas shopping this year, please spare a thought for the poor store staff who have to listen to the same 15 Christmas songs on in-store radio, on loop, every single day for two months... I will say though, as an ex store employee, the very worst day to work is Boxing Day. You get hundreds of people piling in with their unwanted gifts and exchanges, all while being swamped by sale hunters. When I did it I was in the middle of serving a customer when someone literally tried to manually pull me around to get me to speak to them. Not fun.
Ranted by Rob Mortimer (aka Famous Rob) 5 comments:

Very much liking this ad from BNZ (Bank of New Zealand), which looks at both the good and bad side of what money can do to us.

It's a different tone what I usually see from banks, with the nice thought provoking message that money itself isn't good or bad, it's what you as a person or people do with it. It inspires you to think (if only for a few seconds) about what you might do for or with money.

Executionally the 90second version below (which combines the good and bad versions) may be a little long, but I think it's a really interesting campaign.

I was thinking the other day about online review systems, how unreliable and flawed they can be, and how they could be improved. In many ways we have to look at them with the same critical eyes as research, understanding how the methodology affects the result we are given, and being careful to make the right judgement.

Except most people don't have time (or often the inclination) to read 100 reviews to gauge the reliability of a product's reviews, so they short cut by using the average, or by reading a select sample and making a judgement call as to their accuracy.

One magazine that discussed the flaws with reviews brilliantly was EDGE (quality gaming magazine in the UK), they usually score games out of ten, but for one issue they left scores out of the reviews entirely, looking to their audience to work out for themselves based on the text rather than the score. The reactions varied wildly from "This is brilliant, we are intelligent" to "Where the bloody hell did my scores go??", as expected, perhaps they should have scored their score system...

So what about using a system like the Net Promoter Score as the basis for scores? A simple number that shows likelihood to recommend rather than a subjective measure of the films quality, which will vary slightly for every reviewer.

I.e.: Taking those who love a film, and subtracting the number who are likely to say it's not very good to give a 'promoter' score. Usually based upon a score out of ten as to whether you would recommend a film:
10/9 = Recommend, 8/7 = Not too Bothered, 6-0 = Would not recommend.

Let's take a film where half the people love it and half hate it. If 50% score it 10 out of 10, but 50% score it 0 out of 10, it will have an average score of 5, which would lead people to believe it's rubbish, unless they went in and read the scores in more detail.

That same film with an NPS system would score 0. Meaning people are equally likely to recommend it as dismiss it. A subtle but meaningful difference over a review score that says 'this is average'.

Although perhaps it's too subtle. Thinking about it some more made me think about You Tube, and Rotten Tomato's system of a simple good/bad score, which creates a similar recommendation score, which in most cases is more reliable an indicator of quality than averaged review scores.

Maybe splitting the output into 'Recommend' and 'Dislike' percentages would make more sense. A film with mixed scores is divisive, while a film which is average has low scores for both, suggesting it doesn't create a strong response.

By focusing on likelihood to recommend rather than a 'review' score which may be quite arbitrary, we might end up with a more reliable figure to make a snap judgement on. Of course this is just a quick exploration of the idea, but I thought it was an interesting way of looking at it. What do you think?
Ranted by Rob Mortimer (aka Famous Rob) No comments: 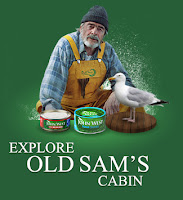 It's so nice to see your colleagues producing work you really like. Following on from the excellent campaign in which they introduced a world first can tracker, the latest online work for John West keeps the idea going in a funny and appealing way

The campaign last year sold the trace-ability credentials of John West really well, and this latest content is a great follow up.