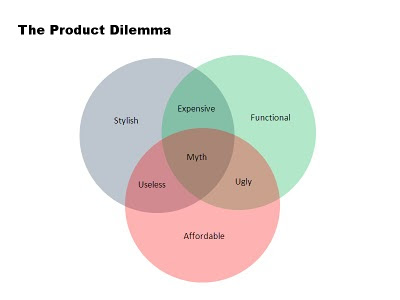 As an avid follower of a variety of different genres of music, I've been a regular reader of Kerrang for about 10 years. It's always been a reasonable barometer of what is interesting and exciting in the world of rock, metal and alternative music, but with a good sense of history, remembering the greats of the past and how they influence the present.

The thing that struck me this weekend though, is how inconsistent the values of Kerrang appear to be when moved into other media, and how balancing mass appeal with loyalty to your core values is a tricky thing.

On the way 'Dahn Sowf', we drove through Brimingham, and we tuned into Kerrang Radio to see if would play decent music during the day (as opposed to the trite enforced retro blandness of most local radio).

What I heard confused the hell out of me. I listened for about 8 songs, which included The Kooks, The Police, Blur and Coldplay. Fucking Coldplay. On Kerrang.

Never in a million years would Kerrang even consider writing about Coldplay (unless they have taken an unexpected death metal turn on the next album). Yet here it was being played out attached to the Kerrang brand. One of the trailers then said 'we don't play the same pop as everyone else, we play rock'. Not on this listen you didn't.

I'm not expecting them to go all out: "You're listening to the Kerrang morning show, coming up we have Slayer, Cannibal Corpse, and Cradle of Filth." But under any appropriation of the Kerrang brand the stuff they were playing just does not fit.

The Kerrang TV channel has always been somewhere in the middle. Playing decent stuff in the early hours, but suffering from an obsession for soft rock at all other times. I used to switch off because there was only so many Red Hot Chilli Peppers, Foo Fighters and sodding Nickleback tracks I could take.

It's a brand that in print has always felt like it had a solid set of values and yet in TV and radio it always feels like it is compromising those values in the name of a bigger audience. I wish Kerrang TV and radio would decide what they are, and either change their content or change their branding.
Ranted by Rob Mortimer (aka Famous Rob) 1 comment:

Will Social Media Save Television?

Another day is here, so there must be another 20 press releases on the importance of social media and the decline of traditional media.

Personally I am in both media camps. I am a big believer in the need for two way communication, in the power that social sites have when used in a strategic and well thought out way by a brand that understands its' own values and voice. I also think though, it is extremely naive and alarmist to talk about TV / Radio / Print as dying media.

If we want to see a sign of how well TV is doing, just look at social media. Look at the trending topics on Twitter at almost any point of any day, most of the top ten will be related to the programmes that are on TV at that very minute...

For example: Saturday evening, twitter is full of X Factor chat. Talking about the judges, the contestants, the good moments. During the world cup I watched most games alongside a twitter feed, I was tweeting as I watched the last England qualifying match.

How could this save TV? Well let's think about it for a minute...

TV is not interactive, the internet is; one reason why people keep expecting TV to decline, you can't get involved with it.

Except with mobile internet now a widespread commodity, you can. Every minute of every day, people are talking about the shows that are on our TV screens. TV has become indirectly conversational, indirectly interactive.

That flexibility in programming is available through online (you can view things whenever you want!!), but also through Sky Plus. Besides, what twitter has done is add lots of value in watching programmes at their allotted time. By watching on the dot you can partake in the discussion, react to events and news with others who are enjoying it. The Web 3.0 equivalent of the family sitting round Doctor Who. This is particularly the case with sporting events and contests where the result is full of contentious issues.

In essence, twitter and social sites are actually contributing to an increased relevance for TV. Adding value to an existing medium through a new medium. Funny how people often miss that.

So will Twitter save TV? No. Nothing is ever that simple. Funny how people often miss that too.
Ranted by Rob Mortimer (aka Famous Rob) No comments: 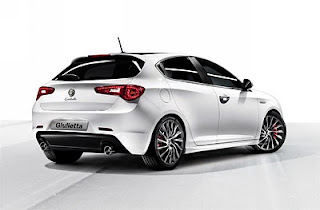 I love Alfa Romeo cars. I don't drive and I still want a Brera, or an 8C, or even a MiTo. So I am a little disappointed to see the latest ad leave me scratching my head when behind it there is clearly lots of potential.
The new ad for the Giulietta, just what in the name of Fiat does "I am such stuff that dreams are made on" mean?! Well, I can guess what it means, but it just does not read properly. It feels like bad translation done at a bargain price.
The Giuletta is one stunning looking car, and Uma Thurman isn't bad either; but the line is SO clunky and SO distracting that you miss the rest of the ad in the confusion.
I like the other line. Frankly "Without heart we would be mere machines" is a perfect encapsulation of what Alfa Romeo is and stands for. You buy an Alfa because of the way it looks and feels, not for any rational product benefit, except... it follows an ad talking about rational features... *sigh*.
WHACK. Ohhh. It's Shakespeare. Yep, after a day or two when you realise the line comes from the overrated* Bard, it helps. The ad makes more sense, it stops feeling like a bad translation. Yet I wonder just how many people will get the reference... though I imagine Alfa buyers would be most likely to, so maybe it's fine.
Personally though. Alfa could run a 90 second ad showing their MD counting his money as long as they continue to look and feel the way they do. Be. You. Tiful.
Giulietta Ad
*Don't get me started on this...
Ranted by Rob Mortimer (aka Famous Rob) 2 comments:

I know it's a couple of weeks old now (hey, I've been busy!) but the new Renault Megane campaign is easily the best thing the brand has done since the days of Papa and Nicole.
The TV ad sets up the scenario, and the full video and site that await online are excellent.
It draws you in, taking elements of Borat and fusing it with both boring English culture and our perceptions of French culture. A funny, engaging, story that you can get absorbed in for the entire 12 minutes. The casting is perfect, the setting is perfect, the setups are well done at all times: "Menton has lots of seafood restaurants, Gisburn has one fish van, and only on Thursdays."
Let's face it, in an age where we are lucky to get a minute of someone's time. To get 12 is asking a lot, but this ad will get it from many people. It was so good I put it on for most of our agency at a creative showcase; they loved it.
Ranted by Rob Mortimer (aka Famous Rob) No comments: