Mum, where do senior planners come from? 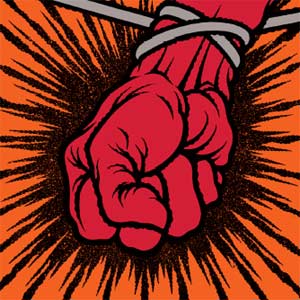 I hope I'm not destroying anybody's innocence here, but senior planners do not arrive in a basket, delivered by the stork to the doorstep of each agency once every three years.

You wouldn't think that's a particular revelatory piece of information, but for an industry that loves to bring in low paid account handling graduates we do an alarmingly bad job at hiring young planners (the same is also true for media strategists).

The first time I ever learnt about planning was at a graduate account handling recruitment day at Grey in London. In fact to this day I still don't know the name of the person who told me about it, I think he may have been called James, but I met a lot of people that day! Either way, thanks 'James!

'James' said I seemed like I would make a good planer and should consider that as a career. I said thanks, and asked him when the graduate planning recruitment was. "Oh there isn't one." was his reply.

When people (non-planners) ask why I started in planning so late, I explained that in three years of looking I did not find a single junior planning job to apply for. I had to find my way in by getting to know as many people as possible, and by getting known (hence this blog). In fact, even the first planning job I applied for, which I got, technically didn't exist, and was created because the agency liked me.

The problem is partly that clients don't want to pay for junior planners or strategists, perhaps because planning/strategy implies a seniority and level of experience. Yet we have plenty of account execs and junior creatives - they report to the senior team and all is well. So why do people expect senior planners to just appear out of nowhere?

I used to think that W+K London's policy of hiring planners from other industries and careers was simply a quirky way of getting unusual people into the department - but actually, it was probably just a way of side-stepping the problem that very few people ever seem to be hiring junior planners.

If we don't nurture planning talent properly, we will damage the future for all of us. We need young, hungry planners to keep pushing us to do our jobs better than ever before. If no one currently wants to pay for them, we need to find ways to help them add value.
Ranted by Rob Mortimer (aka Famous Rob) No comments:

You ASDA be kidding?

It is said, rightly so, that there are very few entirely new ideas in advertising. A large part of what we do is to view what is going on around us and pull that into campaigns.

However there is definitely a point where an ad goes from 'being influenced by' to 'I'll just take this idea and change the logo'. What is even more infuriating though, is when an ad takes an existing idea, copies it, and manages to ruin it.

I mean seriously. If you are going to steal a 20+ year old idea, at least look at it to understand what made it good in the first place. Take the positive bits, and leave the negative bits.

What on earth the latest Coles Supermarket ad is doing however, I have no idea.

Yes, it is a price focused ad - but surely we have established by now that they don't NEED to be terrible. Kmart for example, do engaging price and product creative.

What we have here is an ad with all the subtlety of American military tactics as devised by Rambo. It's as if they couldn't stop adding to it.

Add cheesy music!
Cheesier!
CHEEESIER!
No it doesn't matter that the tapping doesn't really match up clearly with the music.
Now make the lyrics about the offer.
I don't care!! Just do it.
Make that caption gaudier!
Make the actors grin like they have had botched plastic surgery.
Now make them dance around like rejected flashmob wannabes.
JAZZ HANDS DAMMIT!

Ok, maybe not the jazz hands, but it's close.

Thing is, there is no way that this work is the best the people involved could have done. The creatives could probably do better in their sleep, the client could easily do better, the director could do better. This is work that needs someone with the balls to scream "What the fuck are we doing? This is awful?!"

It's not like they don't have form either. The Coles 'Down Down' campaign started bad and continues to get worse. At least when Status Quo were there you could laugh at the cheesiness of it all, now it just makes you want to shop at Woolworths purely to avoid the customers that might frequent the store.

In fact, hearing the latest 'Down Down' ad makes me instantly switch channels, no matter what I am watching. Which is kind of a waste of the massive media money Coles throw at everything.

The worst part is, the stores are pretty good. I find Coles products to be notably better than those of its competitors, but its impossible for me to bond with the brand beyond a price/product level because every piece of communications I see from them is just so skull crushingly-bad.

In fact, the only redeeming feature of this ad, is that alongside 'Down Down' - the work is SO terrible that nobody could possibly mistake it for another brand.


Disclosure: I used to work for the agency that produced the original ASDA ad, but have never worked on the campaign!
Ranted by Rob Mortimer (aka Famous Rob) No comments: