All We Hear Is Radio Bla Bla 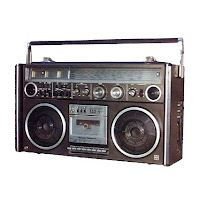 At Cannes we heard news that UK agencies appear to have no interest left whatsoever in radio. That everybody is focused on TV and online.

Creatives don't want to work on radio because they think it is boring, that it has little creative opportunity, that they cannot get a raise or become known by making great radio work. This means radio work often gets farmed out to juniors or neglected, not given the care it deserves.

Radio isn't a big impactful medium, it won't do anything for your brand... so let's focus on the TV and online stuff shall we?

The problem with that view is that it is totally wrong.

If you think radio is useless then you are not doing it right. Use it like any other medium and make the most of the opportunity. Treat it with respect, understand how to make it work, and then make bloody good stuff.

Has everyone forgotten the Budweiser Men of genius work? Radio spots so good that they turned it into a TV campaign, which wasn't as good as the radio. Have we forgotten that radio is really good at reaching people while they are near a computer? A nice way to promote your new digital work no?

Agencies complaining about low budgets, why not consider if that dirt cheap, badly shot on a shoestring 20 second TV ad you just made, which will air 3 times on an obscure satellite channel (UK Gymnastic 2 +1); might be better as a national 40 second radio campaign on the same budget. Giving you time to actually be creative instead of having 5 seconds to shoehorn in a cheap gag.

I've seen cases of miniscule budgets turned into double figure ROI using radio. You would think people might notice this...

We have some brilliant writers in this country, let's remind them why campaigns are about the bigger picture, not just the fashionable bits.
Ranted by Rob Mortimer (aka Famous Rob) 3 comments:

The problem with advertising awards is that they judge creativity.

Well, they judge creativity without a benchmark of where the ad came from. No idea of how tough the birth of this idea was. It also tends to be based around a fixed set of creative principles.

To me, judging agency awards based purely on their creativity is rather like judging the quality of a school based only on the final grades of its pupils. Is the 10 A's averaging school in a rich area better than the 3 A's school in a poor area where English isn't always a first language? Surely understanding how hard it has been to get to the results, and the starting point going in are more than relevant to the success?

If you don't understand the initial problems and the process involved in an ad, is it not a little unfair to then reward only the outcome.

To me, an agency that gets a half decent idea out of a really difficult client is just as, if not more deserving of reward than the agency that makes a great ad for a great client.

It's why I keep hoping for good ads from DFS... when they get a good ad through we will know it deserves praise because of how hard it has been to sell in good work (so it seems at least!).

I am also a hater of the term 'regional' agency. A term that seems to brand agencies outside the M25 with a semi-rural status that is sometimes used in quite a demeaning way. I'm not criticising 'regional' awards, but it seems wrong to me that supposedly national/international awards ceremonies often fail to truly be so. We may have smaller clients who need more direct work in much less development time up here, but that does not mean we are less creative.

Judge based on the full story.

I'd like to see awards that balance out the skew towards those with great clients and challenger requirements:

Culture under the cardboard box 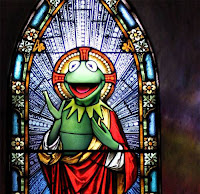 I'm sure this must have been done in some capacity already, but it feels like something I would like to start or develop in some form...

I was randomly humming an old metal track, and discussing it with a colleague; when I thought about the idea of trying to covertly get the song into the heads of other people in the agency. A kind of unknowing cultural experiment where people could end up humming a song they had never heard before in a genre they probably don't listen to.

How can we create Covert Culture?

That got me thinking about the other possibilities of inserting culture into places it doesn't naturally fit. Music is an easy form of this, nudging a song into people's memories. Yet you could also do this with art, or poetry, design or even philosophy. A way of encouraging the absorbtion and trial of wider cultures and ideas.

The closest fit I can think of is graffiti putting personal comment into random locations, but I'd like to see something with more of a cultural agenda than a political or personal one.

Maybe it's putting art postcards in copies of Twilight. Putting a USB stick of classical music on the bar at a rock gig. Putting a book on the seat of a bus.

There must be hundreds of ways to spread culture in a covert manner. I'd love to think of a way to bring this to life...
Ranted by Rob Mortimer (aka Famous Rob) 3 comments: