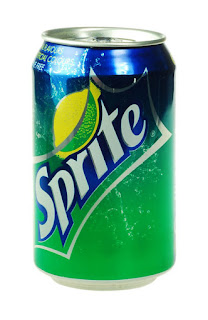 I am a strong believer that marketing and brands should be based on the truth. We no longer live in the age where you can lie to people and get away with it for long (unless you are a politician).

So I was very interested in the new reformulation of Sprite, probably my favourite fizzy drink. "The most refreshing taste ever" is the line they use, which certainly sounds appealing.

I had another sip, and it definitely wasn't as refreshing as before, let alone more so. Then the aftertaste hit. A slightly weird, not unpleasant, but certainly not nice aftertaste.

I checked the bottle to see that it now contains sweetener. Admittedly it's not the awful Aspartame or Asulphamame K chemicals, but it really isn't anywhere near as nice to drink now. I know sugar isn't great for you, but historically neither are sweeteners.

I want to know how they felt it was reasonable to declare that this new Sprite was "The most refreshing ever" because it certainly is not. I cannot believe that anyone would put the two side by side and pick the new formula as such.

One of the reasons I bought Sprite is expressly because it doesn't have the caffiene of Coke or Dr Pepper, and didn't have the sweeteners of Fanta or other drinks. Not only is that now not the case (although I believe the sweetener they use is non-artifical which isn't as bad), but it has ruined the taste.

I picked up a couple of bottles of the old formula this week, and it may be the last bottles of Sprite I buy for a very long time. The Sprite tagline used to say 'Obey Your Thirst', I will, I'll be buying 7up from now on.
Ranted by Rob Mortimer (aka Famous Rob) No comments: