I little while back I wrote about advertising coming up to moment of big change, where it needs to develop in order to remain useful and relevant. I think though, it's also appropriate to look at the other side of the coin affecting this issue.

For almost 300 years, advertising has helped to fund content. First appearing, as far as I can tell without a comprehensive google-day, in early to mid 1700's magazines. Over time advertising has spread to radio, TV, and now the internet - helping to provide the content that billions use every single day. "I'll just skip through 700 pages of advertisements to get to the first article in this copy of in-flight magazine/GQ/Cosmopolitan/etc."

The unwritten agreement, always in place, was simple: This advertising and sponsorship pays for your content.

The sad lack of support from many towards public broadcasters like the BBC and the ABC shows that this fundamental agreement is still technically in place, and as popular as it ever has been. Except that is, in one place.

Well, I say one place, It's really many. That's the internet obviously,

It seems that outside of a few small home made blogs, the link between advertising and content is less clear, and far more disliked. People have got used to free content with no strings attached. I like all people, get grumpy when a 30 second ad appears on my You Tube content. I left Myspace because the banner hell made it an unusable mess. I skip 98% of all video ads... but I still know why those ads are there, and it seems like many have forgotten, or are holding out as long as possible from accepting the truth: The internet NEEDS advertising support.

Yet ad blockers continue to grow in usage.

Netflix, along with Spotify and others have shown that people WILL subscribe to good content if it is well priced. But when it comes to smaller scale content like news and magazines, they are much less keen to get out their proverbial digital wallets. 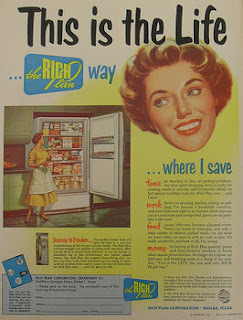 It's the same mistake many agencies made in assuming that 'social' was free. They saw organic reach as a mythical unicorn. Failing to realise that it still requires time and effort, and still requires a social site paying for the network you are latching onto. Yes it's frustrating that Facebook has killed organic reach, but you can hardly blame them. We all, myself included, complain when sites start reminding of the unwritten agreement. Sometimes it even drives people away. But without doing so, the only way they can survive is to mine our privacy.

Maybe one route is to create a multi-site microtransaction scheme in the same manner as Spotify. Every web page you read deducts a very small amount (E.g.: 20c from an account. Saving you from ads, but avoiding the uncertainty of paying for news and magazine content that you might not always want. After all, we've seen that paywalls are generally rubbish. If you had ONE account that could send $2 to Wall St Journal, $3 to Autosport, and $1.20 to The Guardian, I reckon people would try it out, certainly more so than access paywalled sites or pay for magazine subscriptions that they never get round to reading.

Of course, this is not to forget the very valid argument that people deserve a break from terrible advertising, and being targeted in intrusive and relentless ways. Some of the ways people are targeted now can border on harassment, no convincing way to get people to respond or change their behaviour.

Yes, we definitely need to improve the campaigns we make. But perhaps the harassment problem is the same. The reason people are being increasingly targeted in this way, is because they have forgotten the unwritten agreement when it comes to the content they love most. They've fallen into the trap of thinking that a free and open web has no cost whatsoever. Whereas we used to use advertising to hide the costs, maybe now we need to be clear and open that there is no such thing as a free internet. When you expect things to be free AND ad-free, your data becomes the cashflow.

Or to put it another way, let's take the old maxim of: Good, Quick, Cheap. Pick two.
Now it needs re-arranging into the modern internet paradigm: Free. Unintrusive, No Ads. Pick two.


Not just that, but perhaps the time has come to remind people more bluntly that the internet is not free. Journalism is not free. Proper content is not free. Channel 4 in the UK have started this trend by blocking access to their online video service 4OD to people with ad blockers.

"It may seem obvious, but this site and the resources within are paid for by the advertising within. Without this advertising we would be forced to sell your data or become paid access only. We hate terrible ads too, but if you ad block this site, it won't exist in free form for much longer."
Ranted by Rob Mortimer (aka Famous Rob) No comments:

Looking Back to the Future and Forward to the Past

No one with eyes could have failed to notice the saturation of coverage around the fact that we are now living in Marty McFly's future. I can only imagine how much more there would have been if DeLorean was still a car brand today. Maybe it would have been their finest moment... that award probably goes to Toyota though, who timed it just perfectly with their piece including the two main actors.

Inevitably though, this drags the mind into the regular habit of trying to predict the future. Possibly as futile a task as trying to argue with internet trolls, but what the hell, it's more fun.

For me the scariest thing about this time is not that we are living in the supposed future, nor that the first film is now 30 years old. What makes me think, is that 1985 is now as dated to us as the 1950's were in 1985. As a kid the 1950's seemed unimaginably far away, and now my childhood is that far away too.

So let's look back at what was happening in advertising in 1985.

For a start, it was the starting to reach (in the UK at least) the end of what some people would call the golden era. Full of John Webster, Dave Trott, and CDP long copy ads. Though as I mentioned previously, I'm not really a believer in any golden era.
The ads of 1985 seemed a big wide world away from the stiff, long, slow advertising of 1955, when TV ads first came to Britain. But for the media agencies, things were barely any different. bar one additional tv channel. It would be the next thirty years that really sparked massive change.

1985 was also the start of the shift in advertising from creative led, to accountant led agencies. With a young Martin Sorrell buying the Wire and Plastic Products company. In two years time it would buy JWT and for a while at least, all proverbial hell would be broken loose. For many of us born in the 80s/90s, it's hard to imagine advertising and marketing without WPP - and while it would be nice to have more creative-first management, perhaps that financially careful approach has helped maintain a bigger and more creative industry than would have otherwise been achieved through such big change.

Let's take a look at the kind of advertising that I watched as a three year old...


TV, print and radio. With most brands aiming for TV as lead if they could possibly afford it.

So in many ways, advertising has fundamentally changed (if you exclude the older fashioned brands who just want TV). The huge variety of media options, the falling away of the BIG tv ad, the rise of digital and using different media for different messaging and purposes. Yet in many ways, it is exactly the same. It's still, at it's best, using clever thinking and imaginative creative to change behaviour and get people to act. I'm pretty sure that will remain exactly the same in thirty years time.

Which brings us back to the future (yes yes I know). What will 2045 bring?

I know many people will be shouting "ME ME! TV will be dead sir!" - but I think they are wrong.
It may not quite resemble what we traditionally think of as TV, it may come largely through the internet data pipelines. But will there be a mass channel of entertainment produced by large entertainment companies that people watch in their living rooms on large screens and mobile devices? Of course. Will they be the same media companies as now? That depends on how quickly they stop living in the past and embrace the open world. Funny how we hear about reducing government and legal interference in business, except for when those businesses want to make more money. Global content availability will be key to those who succeed.

If TV AND the internet haven't killed radio in 70+ years, what makes us think that TV as an overall concept will die out in another 30?

Banner ads on the other hand...

Banner ads have been dying for several years already. Whilst they may not disappear entirely, I believe they will gradually decline as people use data and video content to better reach internet users.

I also think Facebook might become the first social channel to achieve long term success. Whereas other social channels died out as they got too mass, Facebook seems to have found the right balance to keep itself relevant to users. Given their huge cash reserves and available audience, Facebook could perhaps become it's own large scale media owner. If you think organic reach is dead now, it will be spinning it its grave in 2045. It will be hard for other social upstarts to compete, and I would expect the biggest competitors as such will be those based in other countries... or perhaps those who allow absolute protection of privacy as governments continue to crack down on the ability to comment and use data freely.

I wonder what else will change. Maybe this blog will still exist in some form, reaching it's 40th anniversary. Or perhaps I'll do something else entirely. Who knows. As they say, we often overestimate short term change and underestimate long term change...
Ranted by Rob Mortimer (aka Famous Rob) No comments: