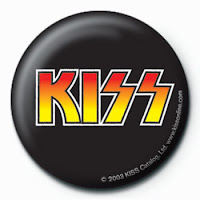 No I am not a Kiss fan...
I am merely referring to the comedic mayhem of work's annual outing to Glaramara in Cumbria.
I arrived at 10pm (straight from a meeting via a long train/taxi combo) to be greeted by 30 colleagues with 'Rob pulling a silly face' masks on!
There followed a night of general silliness including a rendition of Bohemian Rhapsody by myself and three creatives; which set standards for comedy... probably.
It was really nice though to feel like part of the group after less than 6 months here, indeed the boss commented that he couldn't remember anyone getting this kind of reception. After the hard work it took to get here, that's a nice pay-off for me.
Ranted by Rob Mortimer (aka Famous Rob)

Really glad it's all going so well. And congratulations on 6 months!