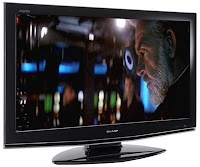 There has been a lot of debate on this at Scamp and The Ad Contrarian recently, and I felt now was time for my two cents worth.
No.
Does anyone realistically forecast the death of tv unless there is a business, political or financial reason to do so? Do you think the average man on the street (in the UK at the very least) would say TV is dead?!
We are not the population. Just because we watch iplayer and have Sky+HD boxes with every episode of The Wire recorded doesn't mean the other 59.9 million folk do.
Every country is different but even then, TV dead? Don't make me laugh.
Ranted by Rob Mortimer (aka Famous Rob)