What Can Adland Learn From Danny Boyle 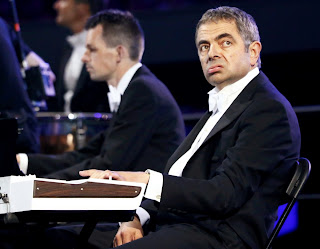 I think we can all agree that whatever you think of the Olympics, Locog and the IOC; the one person who absolutely cannot be faulted is Danny Boyle. He took an event that many people were expecting to be an embarrassment and turned into something incredible.

There are some great lessons we can, and should all learn from what Danny Boyle did this weekend with the London 2012 opening ceremony.

Have a Clear Vision


Beijing 2008 has an incredible opening ceremony. It had money chucked at it, and would have been frankly impossible to beat at what it did. So instead of try to outshout Beijing, Boyle made something that was truly British, beautiful, varied, influenced by the whole world, proud of real people not artificial bombast.

"So Danny, you want to film the Queen talking to James Bond, and then imply that she parachuted out of a helicopter in order to open the Games?"


"Yes. Oh and also I'd like Mr Bean to be playing in the London Symphony Orchestra whilst parodying one of our greatest sporting moments ever."

Have a Brave Client

How many people who control this kind of event would have seen those two ideas and said "Go for it." ? Most would have completely denied them point blank. Whoever allowed Danny Boyle to approach the Queen and even put these ideas forward to her deserves a damn gold medal, because frankly it was genius, very British genius.

The task was not, as many people seemed to think to show a touristy vision of Britain. It was to show the world a spectacle, to fill three hours worth of time with something that they would never forget, something that truly represents this country. It would have been so easy to show a Daily Mail esque vision of middle class Britain, but he took the risks and made it truly reflective of our culture and our people. Real people.

To have the Queen in what was essentially a comedy sketch, and then play the Sex Pistols while she is watching. To show Gregory's Girl and Trainspotting clips, play Underworld, Muse, Dizzee Rascal and the Arctic Monkeys. He took the essence of real Britain, as much as that is possible, and put it on show in an amazing way.

An international audience, in hundreds of countries, many of which we have never really heard of. How do you bring them together? By avoiding the cliches and showing off the things that Britain has truly sent round the world: Mr Bean, James Bond, the Queen. I once spent a fair bit of time with a relative that spoke no English whatsoever, but when Mr Bean was on everybody joined in and was part of the laughter. Mr Bean is truly universal. Recognising that is a great bit of insight.

1 billion people watching, and you send out a 30 minute piece about the NHS just as we have a government trying to destroy it? To show how much we believe in our freedoms and rights by bringing out Sir Tim Berners Lee. Remarkable. The whole world has just seen how much we value those institutions, great work Danny.
Ranted by Rob Mortimer (aka Famous Rob)

I'm guessing that the brief didn't read 'Make the world understand what being British really means and make Britons proud that they're British'.

It pains me as a Planner to say it, but massive respect to Danny Boyle & Co for going outside the brief.

I liked it, a lot. Most people in my social circle liked it too. So did the chattering classes.
But that's not everyone. I'd love to know what working Mums in Dewsbury thought.
My Mum and Dad and their bowling mates all thought it was ridulous, I do wonder if they're not alone

I've heard a lot of mixed view points on the opening ceremony. But at the end of the day, there can not really be a comparison with Beijing as it was spectacular in a different way. Boyle did a great job giving an outlandish and British view point of Britain.