Since I started the first draft of this post, Rob Campbell has put up some further comments on the topic of bravery here, I recommend you take a look.

I read some good comments (see above) on bravery, and I started to think just how important the ability to be brave is, across everyone involved in advertising and marketing, as well as all creative things.

In many respects, the ability to be brave throughout the process is one of the biggest differences between good and bad work. You need a planner who can find real insights and create bold briefs, you need creatives who are prepared to suggest the unusual and push for new things, you need creative directors who have the bravery to push big bold ideas, you need an account team who can sell in something scary, you need a client who had the vision to see how a new approach can work and sell it to the organisation, etc etc.

I have no doubt that most planners and creatives in weak agencies have the potential to do amazing work, they either just aren't brave enough, or are working with/for people/clients who don't let brave ideas through.

To paraphrase someone (I forget who): If the work you are doing doesn't in some way scare you, it's probably not that good.

In that spirit I thought I'd present some of my favourite ever examples of bravery: 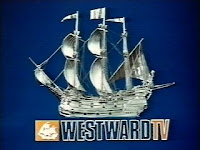 Imagine now you are sat in a farm in Cornwall watching TV in 1981. For twenty years your local ITV station has been Westward, who looked like the picture to the right. Regal, smart and sturdy.

Then imagine on the first of January 1982, you switch on your TV and see this, the new ident and logo for Television SouthWest.

Apparently the TSW designers were told "Make it different from Westward." They succeeded magnificently.

Although the first ident was confusing, the revision a couple of years later got it spot on. The TSW logo is remarkable in that it created something modern and bold, and yet through it created an incredibly strong bond with the community it served. Taking the step back from the sea motifs that had stood for two decades and using the hills and rivers as partial inspiration for one of the bravest bits of logo design I can ever remember seeing. Most designers or clients would have rejected a logo that was so incredibly different from any other TV station, but by seeing the potential and being brave they created something iconic, backed up by a company that truly lived up to being proud of it's local area. For example: When the company lost it's franchise in 1992, they created an archive which preserved a huge amount of local footage and archive shows.

More info on it. 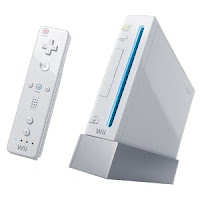 It's 2006, Sony and Micro have launched their super powerful new consoles, each making a loss in order to grow the market share. The battleground between two powerful pieces of technology is fierce.

If you asked most gaming experts before launch if the Wii would be a success, you would have found mixed views at best. Launching a console that lacked high definition output and lagged miles behind on graphical output was seen as a death wish by many.

Nintendo though, knew what they were doing, and were brave enough to see it through. 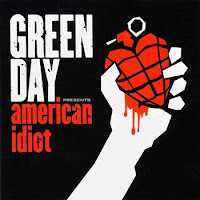 American Idiot is, for me, a masterpiece of bravery.

We have an American pop punk band from the mid-nineties, who have gradually become less important and less popular. So what do they do to get back to success?

That's right. In the middle of post 9/11 patriotic bluster, they released a concept rock-opera album called American Idiot, featuring a nine minute single. They also put American Idiot out as the first single.

It has now sold over 14m copies.

You needed balls of steel to take on British Airways in the 1980's and 1990's. Virgin had them, and still does.

A few years ago, I worked on a smallish finance brand. We created a brilliant campaign that I have absolutely no doubt would have fundamentally leaped the company forwards. We worked with a tough client, but he knew what needed doing and had the guts to do it. Then sadly those above his head got scared and the ad never went ahead.

If they had aired it, I fully believe they would have got an incredible response. Sadly, not everyone has bravery, and that's why those who do need to use it.
Ranted by Rob Mortimer (aka Famous Rob)