Don't Know What You've Got Til It's Gone 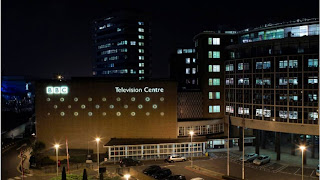 Like many people, I've been watching the coverage of the closing of BBC Television Centre, and I can't help but feel a strong sense that the BBC have not properly thought about the issues of closing such an iconic building.

Of course, I recognise that television has changed, and am glad to see more progression to places outside London. But Television Centre is irreplaceable, and, unusually for the BBC, it's importance for viewers appears to have been ignored in the process.

While most people seem to have focused on the importance of the programmes that were created there, we still have most of those. What we will lose is the centrepoint for much of our broadcasting.

Countless shows have filmed using the building, the exterior, the studio signs and interiors. The main sign is as important a symbol of British television as the underground logo is to transport.

While the BBC maybe don't need to all be located in one building anymore, and the internet has opened up production much more widely, there is something very bleak about losing that centrepoint with no real replacement. (MediaCity is great, but it only covers a small section of programming)

In this age of fragmented and anytime access to shows and media content, it seems to me more important than ever that media companies have a central location that grounds them.

I grew up watching Going Live!, my Saturday's starting with them going into studio 7, and then (for a while) Live and Kicking. Two kids shows that made Television Centre feel like this magical place that housed everything good about TV. The intro to Live and Kicking was essentially a pinball bouncing around the building, it was that well known. The BBC in all it's complex, flawed but ultimately brilliant capacity had a home. Just like ITV's local regions used to have their recognisable local homes (Granada Studios, LWT's South Bank Tower in particular).

Now a large part of the BBC feels homeless. As if the corporation has weakened its own position by losing a physical home, and making it feel even more like a bureaucratic consciousness to it's detractors than ever before.

So is there a single reason other than money for Television Centre being sold? Apparently not, as the arrival of Westfield put the centre at risk and budget deficits caused the Beeb to look at ways of countering that by cashing in. Because you know, what London is really desperate for is high-end luxury flats. None of those anywhere nearby.

I agree with Danny Baker's sentiments. The Houses of Parliament would make a great hotel, let's sell that off too. Why not sell Buckingham Palace and turn it into a cinema and shopping centre.

There has never been, and there will never be, another building like Television Centre. It is as worthy of maintained usage as any theatre, opera house or cinema, if not far more so. Given that the BBC will be leasing the studios for 15 years, and still using a chunk of the building, they clearly could have refurbished the place and carried on there.

If the government can find £5billion to give to Vodafone, how can they not find 4% of that to keep the best broadcaster in the world using an iconic and much loved icon. Putting aside the fact that the current government would close the BBC if they thought they could get away with it.

The closure of Television Centre is a very sad day for British culture. A travesty of a decision, putting money over culture and history in a way that I fear the BBC will come to regret one day as much as they did wiping half of their output for two decades.
Ranted by Rob Mortimer (aka Famous Rob)